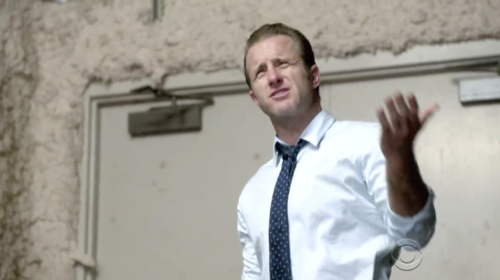 Tonight on CBS Hawaii Five-0 air with an all-new Friday, November 11, 2016, episode and we have your Hawaii Five-0 recap below.  On tonight’s Hawaii Five-0 Danny (Scott Caan) and (Chi McBride) Grover are shocked to learn that Will is Grace’s secret boyfriend.

Did you watch the last episode of Hawaii Five-0 where Five-0 must free McGarrett’s mother, Doris (Christine Lahti), when Catherine (Michelle Borth) informed them that she was captured and was about to be executed after attempting to free Wo Fat’s imprisoned father? If you missed it we have a full and detailed Hawaii Five-0 recap, right here.

On tonight’s Hawaii Five-0 season 7 episode 6, “Danny chaperones Grace’s winter formal but terrorists seize the venue and hold everyone hostage in order to kidnap a diplomat’s son. Also, Danny and Grover are shocked to learn that Will is Grace’s secret boyfriend.”

Danny’s ex Rachel had to go out of town at the last minute and so she asked Danny to fill in for her at the Leeward Academy Winter Formal. The formal was technically their daughter Grace’s first really big dance and the teenager was excited to go however neither of her parents wanted to let her out of the house without their supervision. So Danny eventually agreed to be a chaperone and he actually didn’t have a problem with filling in for Rachel. But there had been a reason for that. Danny has been trying to figure out who Grace was dating and he thought that he would get the answer to that question at the dance.

However, the dance was on the same night as poker night so Danny had to give up that to watch his daughter though he still made sure that he brought sandwiches over to McGarret’s house. Danny had said that he made a commitment to bring over the sandwiches and that where he was from they took their sandwiches seriously. So Danny had gotten that taken care of and he had gone to pick up Grace who truly didn’t want to be around him. Grace apparently knew that her father would embarrass her at the dance and so she was hating the fact that he had to fill in for her mom because she just knew that Danny was the worse option.

Danny has the tendency to believe that he was parenting when really he was spying. So Grace didn’t want her father to follow her around all night because she thought that would be embarrassing yet Danny had made her a promise on the way to the dance. Danny had promised that he would give her her space as long as he got to meet the boyfriend. Though Grace never introduced her dad to her boyfriend, her boyfriend introduced himself to her dad. Grace’s boyfriend was Will Grover as in Lou’s son and that made the whole thing complicated. Lou and Danny worked together so Danny didn’t want to traumatize a friend’s son.

So Danny called Lou. He had wanted to tell Lou that their kids were dating and then Lou probably said too much. Lou had said that Will has been taking better care of his hygiene and that he had the talk with his son once he noticed Will was dressing up for someone. Yet, Danny hadn’t liked hearing that because he didn’t want his daughter’s boyfriend to even know about sex, but surprisingly Lou had gotten defensive. Lou had asked Danny if he had a problem with Grace dating or if the real problem was that she was dating his son? And, well, Danny didn’t have an answer for him because he thought it might be both.

Danny though had thought the best way to handle things was to talk to Will alone. He had taken Will aside so that they could have a man to man about Grace and talk about the limits that Danny wanted to put up. But a few gunmen ended up ruining their conversation when they broke into the ballroom and took everyone that was still on the dance floor as hostages. So Danny and Will were safe while Grace was still trapped inside and so Danny had wanted to get to his daughter. He had safeguarded Will and he had tried to get the feel of the land. And going it alone would have killed him if Will hadn’t showed up to save him.

Will had ignored the part when Danny said to stay put and he had found Danny being ambushed by one of them men that had taken over the dance. So really Will had said Danny’s life however Danny wasn’t pleased. Danny had told Will not to move because he had wanted to keep the teenager safe and had though that Will didn’t know what he was doing. Though Will later surprise Danny by proving that he was Lou’s son. Will had figured out how they could change the signs in the front to say “Hostages Inside – Call 911” and they had hoped that would bring help. And it had almost worked.

A jogger outside had seen the sign and she had asked the only other person she saw if they should call the police. However, the person she spoke to happen to be one of the bad guys so the message didn’t work and more importantly it alerted the gunmen to someone manipulating the outside screen. So Danny and Will did have to move quick on their feet yet they did find out what the gunmen had been looking for. The gunmen had been looking for Jeremy Ramos. Jeremy was the son of a Philippine Diplomat and so Danny had thought that the gunmen wanted him for some reason. And it turns out they wanted more than that.

Lou had come by the dance because he had been worried that Danny had killed his son seeing as Will wasn’t answering his phone. Yet, Lou had figured things out pretty fast when someone tried to shoot him as he was standing in front of the building. So Lou called Five-0 as well as HPD and they set up a perimeter while Lou got to “interrogate” the guy that was trying to shoot him. That guy had had a massive gambling debt so he turned on his employers. The man was Jeremy’s driver and he admitted that the gunmen inside had wanted to get their hands on Jeremy.

So Five-0 looked into why they would want Jeremy and they found out that the gunmen were a terrorist group called Jeemah. Jeemah had wanted to exchange Jeremy for their leader that was imprisoned in the Philippines and who was going to be executed. But Jeremy’s father had talked to his president and the man had wanted to show that the country feared nothing so he had Suharto Chandra executed before the scheduled date. And that meant there was no way that they could exchange Jeremy for anyone, however, Danny later helped his friends outside.

The gunmen had lifted what they had used to block cell phones and Danny had gotten a message to them about calling Will. Will was in prime position to get them video of the ballroom where the hostages were being held and so that helped Five-0 break in. So Five-0 did help save the day and Danny had made sure that his daughter was safe despite everything. However, she and Will had missed most of the dance so their fathers drove them to a burger joint where they got to finally dance together.