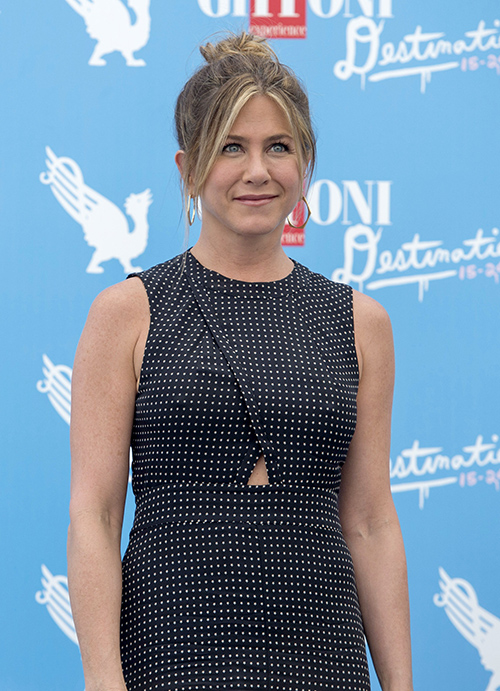 It has been years since anyone has said anything about Jennifer Aniston and Brad Pitt’s divorce, yet the Hollywood actress is still very much dealing with the pain. In fact, there’s speculation that Jennifer Aniston broke down in tears over the ‘heartache’ she’s dealt with for the last ten years, which includes the demise of her marriage and rumors of Brad Pitt and Angelina Jolie’s romance.

Jennifer Aniston’s marriage broke down after Brad Pitt and Angelina Jolie met and eventually fell in love on the set of their 2005 film, “Mr. & Mrs. Smith.” Jennifer Aniston and Brad Pitt’s divorce happened soon thereafter, following the news of Angelina Jolie’s pregnancy and their decade-long love triangle in the tabloid headlines. And even though Jennifer Aniston is now married to Justin Theroux, she still can’t get over all the times she’s been left hurt in the past.

The 47-year-old former ‘Friends’ star broke down in tears while recalling all the heartache she’s endured in her personal life during an emotional speech she gave during the Giffoni Film Festival in Italy.

When asked by a teenage fan how she managed to survive her pain and her past heartaches, Jennifer Aniston tearfully replied with, “There are not enough fingers and toes in this entire room to count how many times that moment has happened to me. We’re all human beings at the end of the day, whether we’re a waitress or a baker or a student or whatever we are, at the end of the day you kind of hit walls and think I can’t go any farther. Or this is too much. My heart can’t take it or the pain is too great, or am I good enough? Will I survive?”

And while there’s no doubt that Jennifer Aniston is talking about her Brad Pitt divorce here, she could also be referring to the death of her mother, Nancy Dow, who passed away three months ago. But given how little Jennifer Aniston has spoken to her mother in the last ten years, her heartache can very well stem from her rocky love life and how she has never fully gotten over the one man who was always considered the love of her life.

As far as Brad Pitt and Angelina Jolie, the couple has managed to live their lives without constantly talking about the past. In fact, Brad Pitt and Angelina Jolie’s marriage and six kids are a testament to how happy they are and how they no longer worry about the past. Yet, for Jennifer Aniston, she obviously still can’t let go of their cheating scandal.

Tell us CDL readers, what do you think? Is Jennifer Aniston in tears because of her divorce? Is her marriage to Justin Theroux in trouble? Or is she still upset over her mother’s death? Let us know what you think in our comments section.