Jennifer Aniston Snubbed at ‘Friends’ 2016 Reunion: David Schwimmer Refuses To Sit By Jen, Treated Like An Outcast by Co-Stars 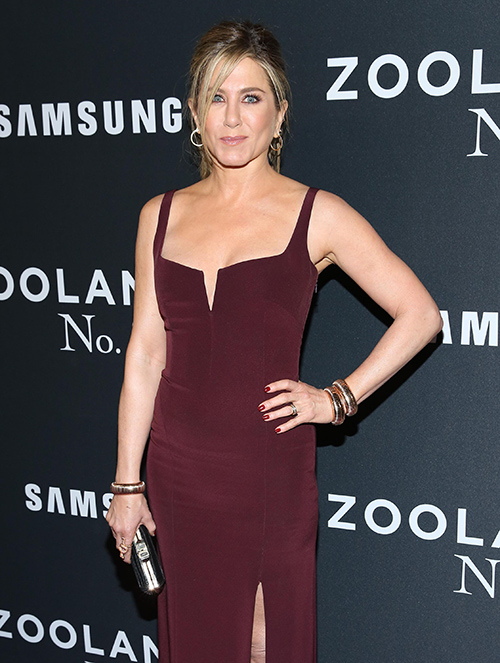 The highly anticipated ‘Friends’ reunion is set to air on NBC on Sunday, February 21. Matt LeBlanc, Lisa Kudrow, David Schwimmer, Courteney Cox, and Jennifer Aniston all came together to film the “Must See TV: An All-Star Tribute to James Burrows.” This is the first time that almost the entire cast of ‘Friends’ has come together for one televised event since the show ended – sadly Matthew Perry was unable to attend and was out of the country filming a play.

The ‘Friends’ reunion was actually filmed earlier this month, and according to a report from National Enquirer, it might be a little difficult and awkward to watch. It looks like the ‘Friends’ cast had no desire to rekindle their friendship with Jennifer Aniston, and she awkwardly sat by herself on the couch and the other cast members blatantly ignored her.

An insider dished to National Enquirer that Jen’s former co-stars “pushed her into the shadows during the tribute.” Apparently, David Schwimmer is pretty upset that he was not invited to Jen’s wedding and after ‘Friends’ ended, she was always “too busy” with her big movie career to return his phone calls.

The tabloids’ inside source went on to say, “David refused to sit by Jennifer! She got the cold shoulder and she was totally hurt.” At the reunion, Lisa and David sat together on one couch and Matt and Courteney sat together coupled up as well – Jennifer was just awkwardly seated off to the side like a fifth wheel.

Honestly, we are kind of excited to see this reunion air on NBC now – although we are sure that the network has producers hard at work edition out all of the awkwardness and trying to make the former cast appear to be one big happy family. What do you guys think about Jennifer getting the cold shoulder from her former ‘Friends?’ Are they just jealous of Aniston’s movie success – or has she been a crappy friend to them over the years? Let us know what you think in the comments below!