Jessica Simpson and Eric Johnson Marriage On The Rocks: Divorce a Possibility? 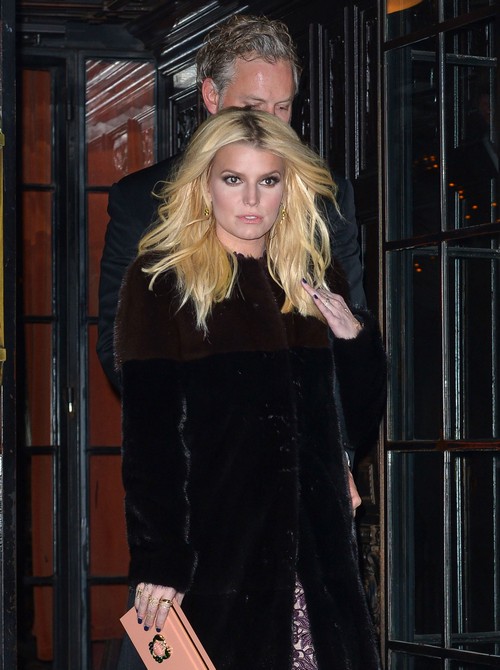 Jessica Simpson and her marriage to former NFL player, Eric Johnson, is reported to be on the rocks after the unhappy couple was spotted at a Linda Perry party with tension between them that could have been cut with a knife. Is Jessica planning to divorce Eric or was this a simple fight? Star sources claim: “They hardly said a word to each other all night. It was clear they weren’t getting along.”

If any of you have been in a real relationship, then you’ve all been there. Come on ladies. You know how it is when your guy wants to stop and grab your hand when you are storming off, all pissed at your guy for being a complete tool? Well, that was the scene with Jessica Simpson and her husband, Eric Johnson. These two might just be heading down the short path to divorce if they keep this up!

Jessica Simpson is having a rough time making life work. She is a wife, mother of two, celebrity, and um runs an empire. I just picked up a couple of her bras from her lingerie line… they are fabulous. Just saying!

Anyhow, Jessica has her kids, Maxwell Drew, 3, and Ace Knute, 2 and that is enough to keep any mom on her toes. But with a husband who apparently can’t get off his lazy butt, it makes for a frustrating situation. I feel for Jessica.

If there is truth to these reports, then Eric Johnson needs to wake up and smell the roses before he loses someone as fabulous as Jessica Simpson. That is one strong woman who can and will make her life work without the help of a man. She doesn’t need him to make it work, she just wants him to be part of all of it, to be a partner in life. Who would want a man that just wants to ride on your fabulous coattails?

Do you think that maybe Eric Johnson resents his gorgeous wife for her above and beyond success? Do you think he might just sit at home feeling sorry for himself that the NFL chewed him up and spit him out for his lack of awesomeness? Some guys would be really insecure in those shoes. Could that possibly be the case with Eric Johnson and Jessica Simpson? Sound off in the comments below!

Jessica Simpson and Eric Johnson are spotted outside The Bowery Hotel in New York City, New York on January 12, 2016 by FameFlynet