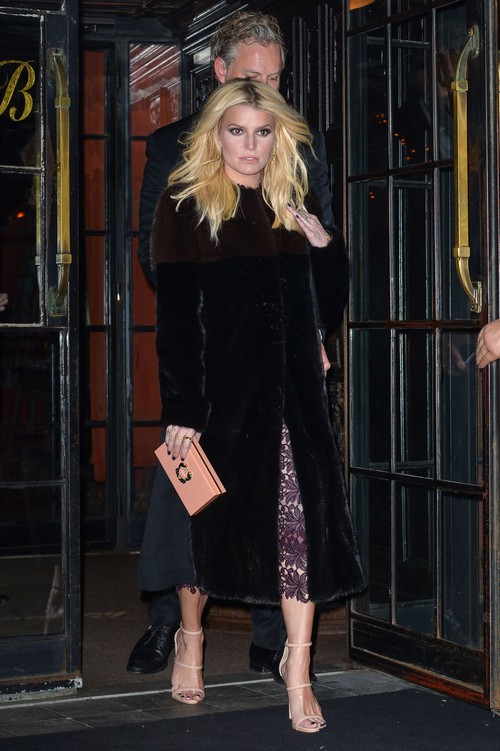 It’s been a decade since Jessica and Nick divorced – and they have no children together. But a source recently told the National Enquirer that Nick and Jess have kept in contact and check in on each other by phone once in a blue moon. Apparently these phone calls have become more frequent. And the duration of the phone calls has become longer. And possibly more intimate.

Allegedly Nick Lachey and Jessica Simpson started to get “closer last October” – that’s what the insider maintains. Why would Simpson and Lachey stay in contact? If they had children together there might be a reason to talk occasionally about visitation, vacations, holidays, etc. But that’s not the case here!

This insider divulged that if Vanessa Minnillo and Eric Johnson found out how many phone calls have been swapped between Jess and Nick? Oh no! There would probably be meltdowns of epic proportions on both sides!

Assuming phone calls have been made back and forth between Nick and Jess – maybe Vanessa and Eric are encouraging some playdates? Maybe Vanessa wants to be BFFs with Jessica? Eric and Nick could talk football, right? Playdates can be fun for moms and dads, too!

Max and Ace Johnson would get along famously with Camden Lachey! Open a bottle of Pinot as the kids play with whatever fancy, expensive toys they got from Santa. Maybe Jessica can whip up some Chicken of the Sea chicken sandwiches. Do sandwiches go better with Pinot Grigio or Pinot Noir? That gives an entirely different meaning to exes with benefits, doesn’t it?

Does anyone, anywhere believe that Jessica Simpson and Nick Lachey are making sexy talk during late night phone calls? We’re betting Nick has no desire to ever see Jess’s father Joe Simpson ever again! Joe is Eric’s problem now!

Nick Lachey and Jessica Simpson looking miserable 11 years ago before they split – see any similarities with Jessica’s situation?