Josh Duggar and Anna Duggar Get Marriage Counseling – Will It Help? 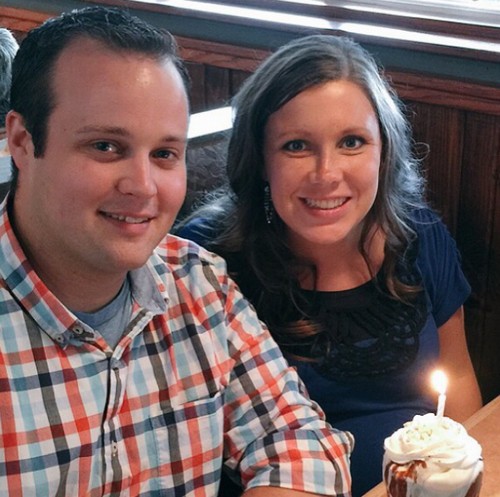 Life goes on for Josh Duggar and Anna Duggar – now it’s marriage counseling according to recent reports. They have tried really hard to pretend like all is well in their marriage after Josh returned home following a six-month sex rehab stint, but it looks like there are some dark times that Anna no longer can brush under the rug.

The married reality TV stars admit they have sought the help of marriage counseling to repair their union and to try to move past the cheating scandal. Sources claim that Josh has apologized to his wife of seven years, “over and over,” but their relationship remains in a very fragile state.

Anna believes that God will eventually repair her marriage, and claims that divorce isn’t an option for their marriage. The Duggar family fans wouldn’t fault her if she decided to call it quits at this point, in fact, they’d support her choice most likely. They’d see it as a brave choice to protect her daughters from his touch; however, Anna Duggar spoke to US Weekly and revealed she has no plans to end her marriage, “no matter what.”

In a recent interview, Anna Duggar explained that some days are “extremely dark” in their marriage, and she isn’t sure how much of what he says she can trust. It sounds like they have a very damaged relationship with no trust left. Anna’s religious convictions prevent her from divorcing her husband of 7 years, so her only real option is to fix her marriage, and choose to forgive him for cheating on her.

CDL previously reported that Josh Duggar was pressuring Anna to contact Dr. Phil, “Marriage Bootcamp,” and “VH1 Couples Therapy” to receive insight to improving their marriage. Sources claim that Anna was hesitant because she didn’t want to air their marriage troubles to the whole world, but Josh was insistent that he wanted to return to reality TV in some way.

As a way to meet in the middle, Josh and Anna decided to seek private marriage counseling. They hope a professional’s insight can help bring closure to his cheating scandal, and help him figure out a way to repair his public image. Until that happens, Josh will continue to sell cars and try his best to stay out of the public eye.

Do you think there is anything Josh Duggar can do to improve his public image? Would you watch “Marriage Bootcamp” or “VH1 Couples Therapy” if he appeared on the show? Don’t forget to come back to CDL later for more Duggar family news and updates.