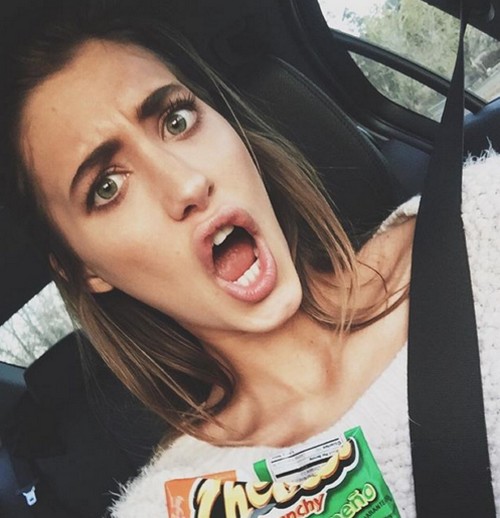 Justin Bieber has a new girlfriend, Jessica Serfaty. Apparently, Biebs’ relationships with Hailey Baldwin, Selena Gomez, and his cougar side-chick Kourtney Kardashian didn’t work out. New reports are indicating that Justin is now dating model Jessica Serfaty – they were spotted out at a club in Los Angeles acting very much like a couple, and they couldn’t keep their hands off from each other.

Partygoers even uploaded some videos to Instagram of Justin Bieber and Jessica dancing together to his song “Sorry.”

At this point, we’re not even going to bother getting to know Jessica Serfaty, because the model du jour will be a thing of the past by the end of the week. Biebs never ceases to amaze us – the pop singer must have some serious game that we don’t know about. How does he bag all of these girls? They have to all know about each other – they do have WIFI, right?

Here’s where it gets interesting though. Jessica might be using Justin Bieber just as much as he is using her. It turns out that Biebs is not the only pop-star that she has been trying to sink her claws in to. Just last month Serfaty made headlines when she was caught kissing Joe Jonas on a ski trip in Mammoth.

So, if her modeling career doesn’t pan out – it looks like she has a solid back-up plan.

So far none of the other women in Justin’s life have addressed his new girlfriend. It appears Selena, Hailey, and Kourtney are either in complete denial at this point – or totally okay with sharing the “Sorry” singer with half a dozen other women.

In Justin’s defense, Kourtney Kardashian did belittle their relationship and imply to Ellen that they were basically “friends with benefits,” so technically he is free to date whatever models he chooses.

What do you guys think? Are Jessica and Justin serious – or is she just another flavor of the week? Let us know what you think in the comments below!