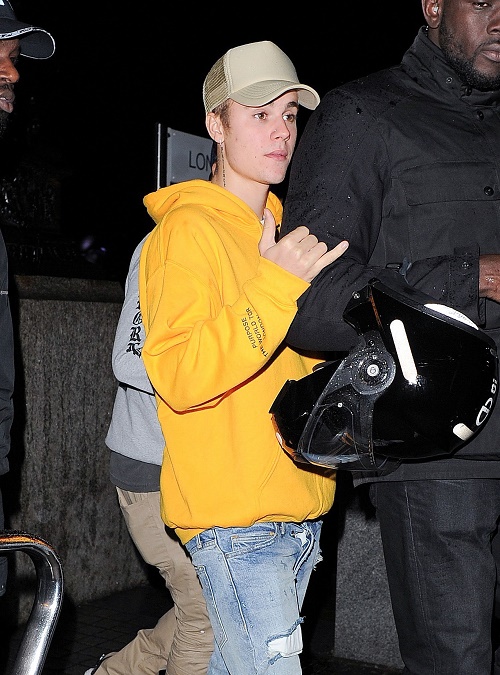 Justin Bieber punched a fan in the face after a close encounter in Barcelona, Spain on Tuesday evening. New footage reveals a fan trying to reach for Justin Bieber inside a moving car and the chart topper threw a punch directly in his face.

Justin was riding in the back seat of a car when the fan approached him and began to run alongside it. The unidentified man then put his hands inside to touch the chart topper’s face and that’s when Justin knocked him away with his punch.

Sources say that the unidentified fan was a ‘bloody mess’ and that he and his friends were in complete shock over what had happened. So far Justin Bieber’s team of handlers have not made any comments to the media about the incident in Barcelona.

This isn’t the first time that a fan has gotten a little too close for comfort with the ‘Cold Water’ singer. Just last week one fan in Prague managed to grab Justin’s pants and pull them down to expose his back end. One of Justin’s bodyguards quickly pulled his pants back up and rushed him to a nearby car for his safety.

Justin also got physical with a man outside a Cleveland hotel during the NBA Finals back in June. Eyewitnesses say that the two got into a nasty fistfight before Justin’s bodyguards pulled him away. 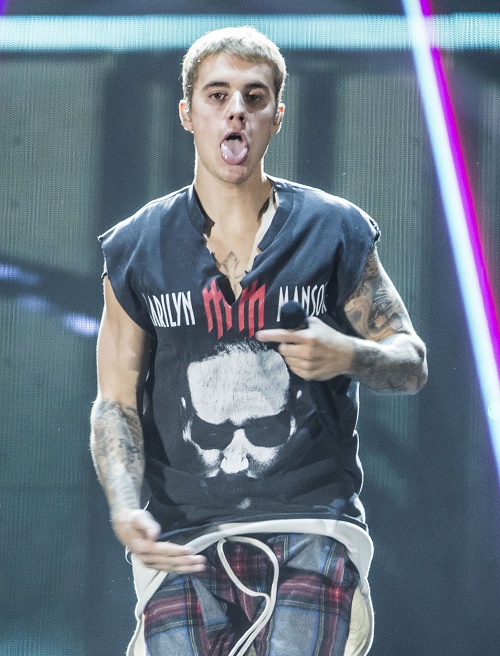 It’s without a doubt that Justin Bieber is used to seeing overzealous fans try to get close to him whenever he’s out and about in public. After all, he is one of the most recognizable celebrities in the entertainment world right now.

Yet, with so many fans physically attacking Justin Bieber, it’s no wonder that the singer is fighting back. Some critics are worried that Justin might very well go into meltdown mode if fans continue to act like fanatics and try to grab him in public or make him feel threatened. Sources say there’s only so much Justin Bieber can handle both mentally and physically before he snaps and does something regrettable.

Do you think Justin Bieber was right to punch the fan in the face? Is he worried about his safety?  Check out the video below, courtesy of TMZ, and drop us a line with your thoughts in our comments section below.

Also, check back with CDL for all the latest news and gossip on Justin Bieber. 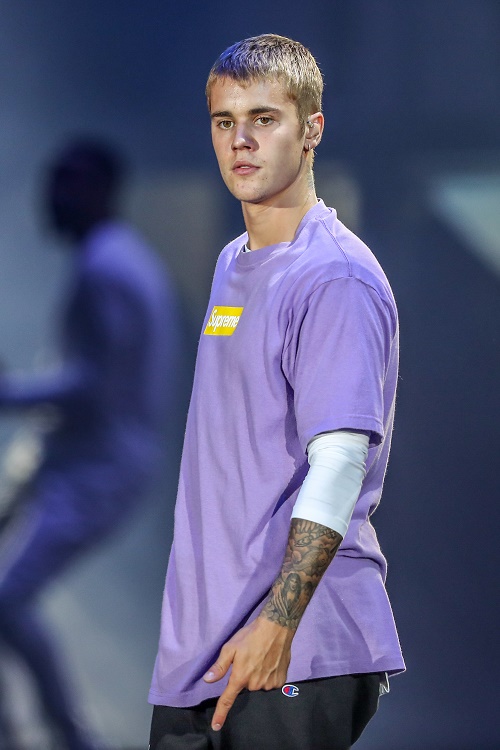 ⚽️ 🎥 🔝 Veratile @justinbieber shows off mad #SkillsFCB with @Rafinha & @NeymarJr both on attack and in goal! pic.twitter.com/bhUit7BWVq

Be kind to each other