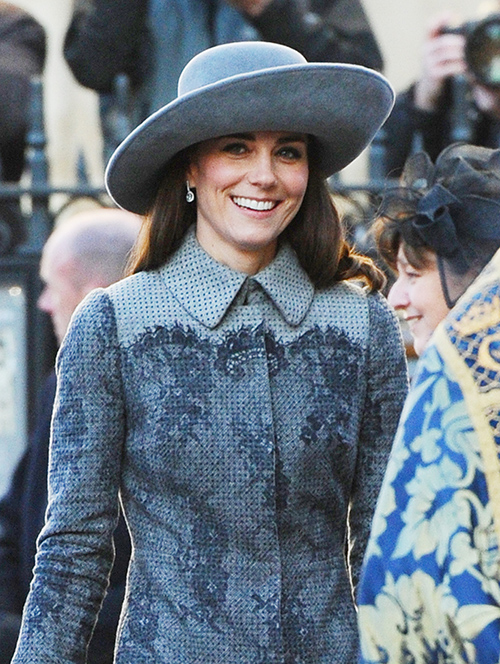 Kate Middleton’s absence from the St. Patrick’s Day Parade has caused speculation about a Royal divorce. Prince William attended the annual event alone leaving Royal watchers to wonder if William and Kate’s marriage is in trouble.

It is odd that Kate did not take part in the tradition of presenting the St. Patrick’s Day shamrocks. Kate has been the one to pass out sprigs of clover to the 450 officers and guardsman of the 1st Battalion Irish Guards since 2012.

All of the sudden Prince William, in his capacity of Colonel of the 1st Battalion Irish Guards, is passing out the shamrocks instead of Kate? The Royal ladies have done the job since the tradition was begun in 1901 by Queen Elizabeth’s great-grandmother Queen Alexandra.

Kensington Palace can try to spin this by saying Kate needed to be home at Anmer Hall to take care of Prince George and Princess Charlotte. Is this really an excuse to ditch a 115-year tradition? Was Kate on duty to drive George back and forth from preschool on St. Paddy’s Day?

Perhaps another reason Kate Middleton backed out of the St. Patrick’s Day parade is because she will be at an event benefitting the East Anglia’s Children’s Hospice on March 18. The location of the event is very close to the Cambridge’s Anmer Hall home. Traveling 220 roundtrip from Norfolk to London is a bit much to ask of Kate, don’t you think?

Why wasn’t Kate Middleton at Prince William’s side for the presentation? Is William so disgusted with the recent public outcry over the Duchess of Cambridge’s extravagant lifestyle that Prince William left Kate home?

Is there trouble in Royal paradise? If the secret family ski trip to the French Alps was an attempt to fix the cracks in a crumbling marriage, it doesn’t appear that it worked.