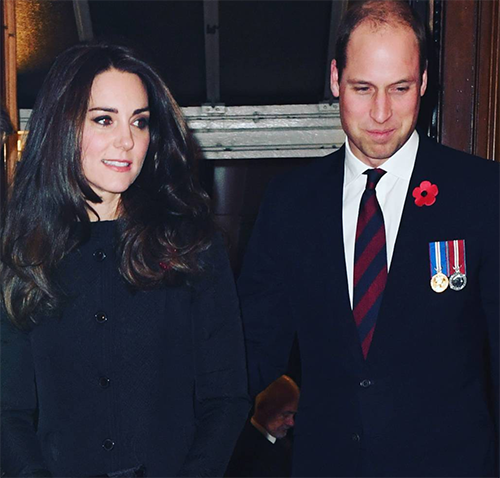 Kate Middleton has made yet another fashion faux pas. This time around, many critics noticed that the Duchess refused to take her coat off while she was joined by Prince William and the rest of the royal family at the Royal Albert Hall for the Royal Festivities of Remembrance over the weekend.

In fact, there’s a good chance that the Duchess once again dressed inappropriately for the event and that’s why she didn’t want to be mocked and ridiculed once again for another fashion faux pas or, even worse, a wardrobe malfunction. Kate sat uncomfortably in her coat even though her husband Prince William was next to her in his suit.

Kate Middleton might also be trying to hide her figure under her coats, knowing all too well all of the criticism and ridicule she gets from the public whenever she steps out in something ill-fitting or a dress that is too short or too long.

For someone who has been in the public eye as a member of the royal family for well over five years now, Prince William’s wife is still having a hard time understanding what is appropriate and what is not as far as her wardrobe is concerned. It’s no wonder that Kate often wears large coats and refuses to take them off even when it’s warm, as she knows that the media will scrutinize her for what she’s wearing yet again.

Then again, there might be another reason why Kate refuses to open up her coat. Could the Duchess of Cambridge finally be pregnant with her third? Is she desperately trying to cover up her baby bump, as she doesn’t want to the media to catch on that she’s indeed pregnant? So far, a rep for the royal family has not confirmed nor denied the media reports that the Duchess is pregnant, although it will only be a matter of time before the truth comes out. 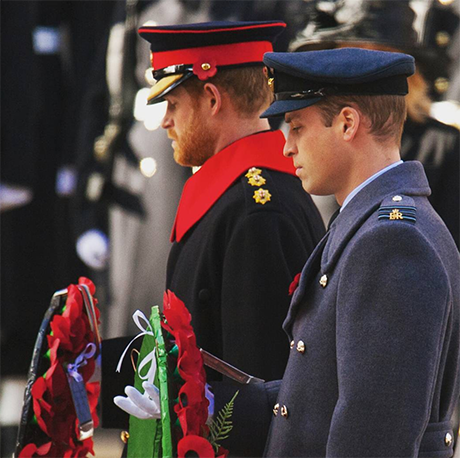 Of course, no one knows why Kate Middleton insists on wearing a coat everywhere she goes or why she refuses to take one off even when she’s indoors. The Duchess of Cambridge might want everyone to believe that she’s a style icon, but clearly she’s still got a lot to learn.

Do you think Kate Middleton has something to hide? Drop us a line with your thoughts in our comments section. Also, check back with CDL for all the latest news on the royal family.

The Duke and Duchess of Cambridge arrive at the Royal Albert Hall earlier this evening, to join The Queen and other members of @theroyalfamily at the Royal British Legion’s #FestivalofRemembrance

Prince Harry lays a commemorative wreath on arrival at Twickenham Stadium in front of the newly installed Rose and Poppy Gates, an @englandrugby tribute to all those who lost their lives during #WW1 📸PA