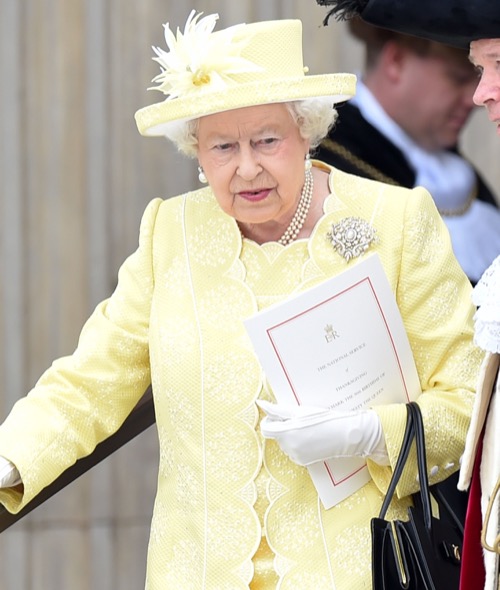 Queen Elizabeth always knew that Prince William marrying a commoner would be a huge problem for the British royal family. After all, Kate Middleton’s family have been trying to ride on her royal coattails for years now as Pippa Middleton, James Middleton and even her own mother Carole Middleton have done whatever it takes to stay in the celebrity spotlight.

And apparently the Matthews family is just as fame-hungry as the Middletons, with Queen Elizabeth worried about James Matthews’ brother Spencer Matthews. The ‘Made in Chelsea’ television star is known for his on- and off-screen scandals which have included drugs, alcohol and plenty of one-night stands.

According to Life & Style Weekly, one source close to the royal said, “pencer has slept his way around London and left a lengthy trail of women in his wake. The last thing [Kate] wants is for William’s family to turn against her because of Spencer’s actions. Pippa knows a lot of royal secrets and will have shared them with her fiancé. Kate just hopes and prays James hasn’t passed them on to his brother Spencer.”

Of course, Kate Middleton has no say in who her sister Pippa Middleton marries. All she can do at this point is hope that Pippa Middleton doesn’t dish any dirty details to her future husband or completely stay away from her sister and the Matthews family.

Surely, Kate Middleton doesn’t want to risk her own marriage to Prince William and deal with another royal headache because her sister’s new brother-in-law happens to be reality television star with loose lips.

Kate Middleton has no other choice but to steer clear from any Pippa Middleton and James Matthews drama, especially if it’s going to cause her problems with Queen Elizabeth.

For Pippa Middleton though, this situation has definitely proven to be a hard one for her, as she doesn’t want to isolate Kate Middleton from her life, nor does she want to create any drama with the Matthews family. Tell us CDL readers, do you think Kate Middleton and Prince William should be worried about Spencer Matthew? Are Kate Middleton’s deepest secrets at risk here? Drop us a line with your thoughts in our comments section and don’t forget to come back to CDL for all your Royal news.