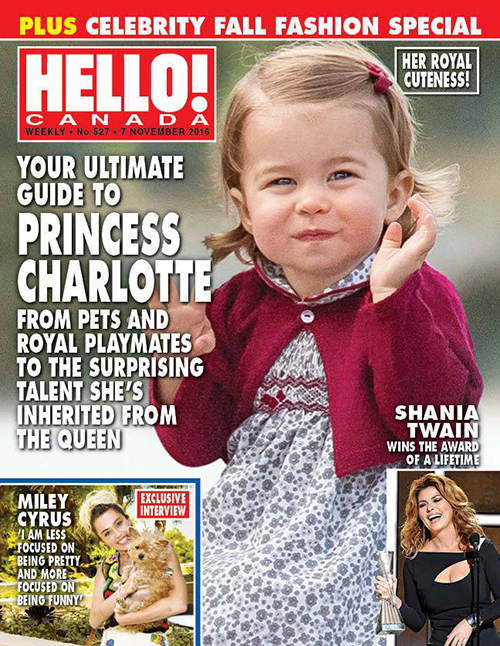 Is knowing what Kate Middleton is buying, wearing, or eating every waking moment of every single day not enough for you? Get ready for the newest Royal obsession – Princess Charlotte. The toddler has joined the Duchess of Cambridge at the top of Royal watchers’ list. Everyone wants to know everything they can about Charlotte.

Princess Charlotte outshone older brother Prince George during the Cambridge’s Royal Canadian Tour. Everyone got to see the little princess walking in public for the first time. Charlotte even said a few words while at a children’s garden tea party.

Hello! Canada now has the scoop on what the magazine calls ‘Your Ultimate Guide to Princess Charlotte.’ The latest cover boasts insider information about Charlotte’s pets, Royal playmates, and “the surprising talent she’s inherited from the Queen.”

Is this just another ploy to keep the public from criticizing the Duke and Duchess of Cambridge’s lack of work ethic? William and Kate have been running around like mad from one Royal engagement to the next, but how long will that last?

If everyone is focused on Princess Charlotte maybe no one will notice if Kate and William slow down to a snail’s pace when it comes to Royal obligations. Goodness knows William and Kate would be happy to sit back and do nothing at all.

Is everyone obsessed with Princess Charlotte because she’s the first princess of an actual heir to the throne since Queen Elizabeth was a young girl? Or is this all about Kate Middleton and Prince William trying to cover up a rapidly deteriorating marriage?

Recently, there has been speculation that Kate Middleton and Prince William are living separate lives. Kate may be living at Anmer Hall with Prince George and Princess Charlotte while William has taken up permanent residency at the Cambridge’s apartments at Kensington Palace. 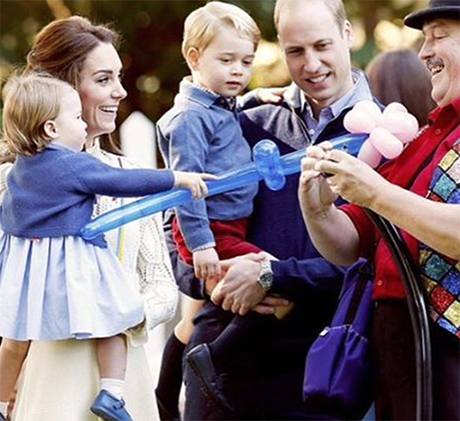 Prince William and Kate Middleton brag all the time about raising George and Charlotte in as normal an environment as possible. Yet, Princess Charlotte is splashed all over the cover of a recent magazine declaring it has an inside look at all there is to know about the Cambridge’s daughter.