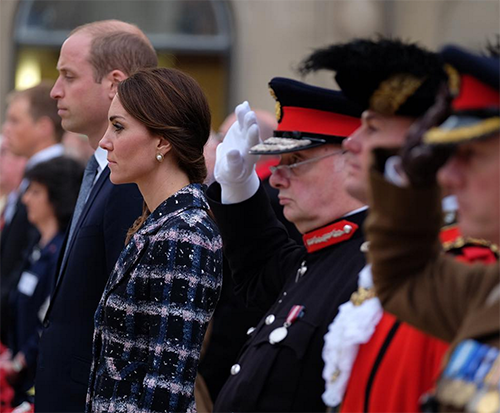 Kate Middleton is desperate for change. In fact, there’s new speculation that the Duchess of Cambridge is so fed up with expecting to always look perfect and stay quiet that she’s sick of being called a ‘silent mannequin’ by her critics and wants to do something about it.

Kate and her husband, Prince William, have long been criticized for being a ‘work-allergic’ couple that refuses to do more than what they are expected while trying to live a life as normal as possible outside of the palace. Despite their efforts in trying to distance themselves from their royal responsibilities, it hasn’t worked. Kate is absolutely tired of the press constantly slamming her for the things she does or doesn’t do and that’s why she wants to take matters into her own hands before she ends up hating her monotonous royal lifestyle while constantly being pulled by Queen Elizabeth’s puppet strings.

Sure enough, even Kate Middleton is getting bored with herself and her dull ‘uniform.’ The media has been trying to label her as a fashion icon for years now, but the Duchess has done very little as far as experimenting with her style or wearing something that she isn’t normally comfortable with. The Duchess hasn’t done much other than convince her critics that her fashion sense is both dull and underwhelming, and that’s why designers aren’t calling or begging her to work with them. Simply put, no matter how hard pro-Kate Middleton fans try to make her this generation’s most stylish role, she’s no Princess Diana.

It’s no wonder that Kate is getting bored with herself, her marriage, and her royal engagements. She can’t do anything outside of what she’s expected and she can’t say anything either. The few times that Kate has tried speaking in public, she was a jittery mess, leaving the Queen absolutely humiliated with her lack of public speaking skills and finesse. 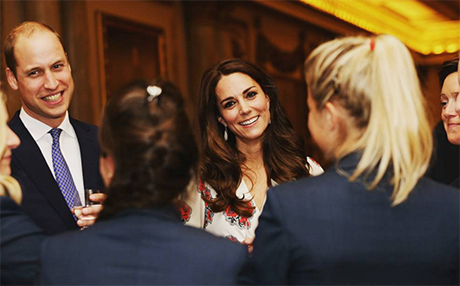 Kate needs a change, but something more significant than changing the length of her hemline or her haircut. Kate wants to do something drastic, but at the same time she knows Queen Elizabeth would never approve of it. And that’s where Kate is frustrated the most, as she’s expected to act like a royal and not a Hollywood celebrity.

Tell us, do you think Kate Middleton looks and acts like a ‘silent mannequin?’ Should the Duchess consider getting a makeover or perhaps even speak up for herself more often? Let us know in our comments section below and check back with CDL right here for news on the royal family.

The Duchess of Cambridge has written a foreword for the new GCHQ puzzle book, proceeds of which will support the @heads_together campaign to change the conversation on mental health. The Duchess says in the foreword: I have always been immensely proud of my grandmother, Valerie Glassborow, who worked at Bletchley Park during the Second World War. She and her twin sister, Mary, served with thousands of other young women as part of the great Allied effort to break enemy codes. They rarely talked about their wartime service, but we now know just how important the men and women of Bletchley Park were, as they tackled some of the hardest problems facing the country. In a new century, their successors at GCHQ continue this intellectual tradition. Like their Bletchley predecessors, they have become well known for valuing neurodiversity and understanding the importance of mental wellbeing. William, Harry and I are very grateful that this book is supporting our Heads Together Campaign. I hope it will not only amuse and challenge readers, but help to promote an open discussion of mental health problems, which can affect anyone, regardless of age or background. Together, we are aiming to change the national conversation around mental health from stigma and fear to openness and understanding. Those who buy this book and support the Heads Together campaign will be playing a part in helping people get the important mental health care they deserve. 📷Press Association.

During her official visit to the Netherlands, The Duchess met young people involved in the learning programme at the Mauritshuis gallery which encourages local children to get involved in the fine arts.