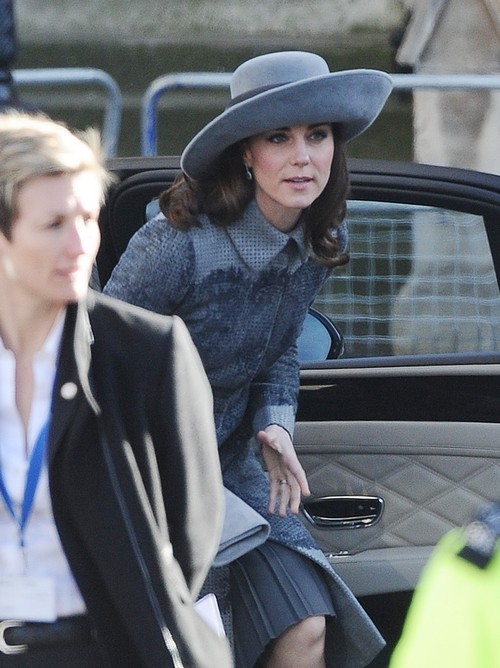 It’s normal for Kate Middleton to feel separation anxiety about leaving Prince George and Princess Charlotte for nearly a week. Does the Duchess of Cambridge wish the Royal youngsters were accompanying their parents to India?

Kate and William did bring nine-month-old George along to New Zealand and Australia. Why not pack up George and Charlotte and bring them along to India and Bhutan?

There are a few logical reasons why the Palace would discourage Prince William and Kate Middleton from making this a family trip. Travelling 4,000 miles with two children under three is no fun even when you have an army of nannies to help out. 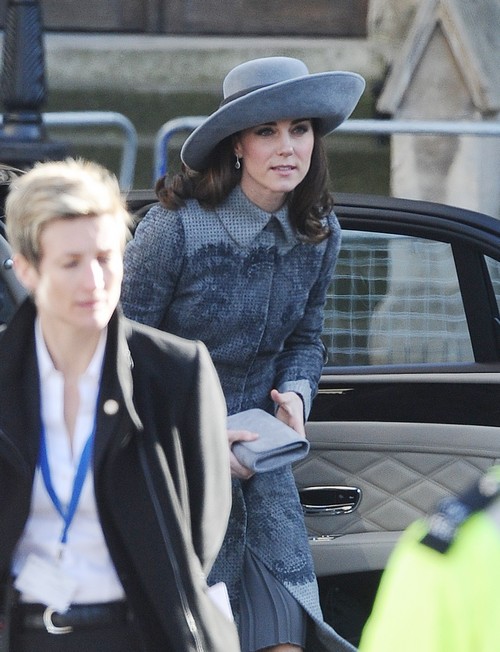 It’s not as if Kate Middleton and Prince William won’t be able to keep in touch with the battalion of staff left to care for Prince George and Princess Charlotte. There’s the telephone, FaceTime, Skype, etc. Modern technology makes it easy for the little prince and princess to actually see and talk to mum and dad every single day for a moment or two.

The Duke and Duchess of Cambridge will celebrate their fifth wedding anniversary on April 29. Why not enjoy the time away from the children and squeeze in something of a second honeymoon? Most couple’s would see that as an added bonus to a business trip.

Queen Elizabeth has afforded Kate huge amount of mommy time with George and Charlotte over the past few weeks. Kate’s last Royal appearance was on March 18 -the opening of the new EACH store not far from the Royal couple’s Anmer Hall home.

That shopping trip/ribbon cutting probably took a couple hours. Kate was probably home before George returned from nursery school. Maybe even before Charlotte woke up from a nap.

Kate Middleton and Prince William endlessly remind the world that they want to raise Charlotte and George as normally as possible. Part of normal for non-Royal moms and dads is time away from the kids for whatever reason.

William and Kate are privileged – the couple can combine the business part with the pleasure part, not everyone gets to do that. There are millions of married couples around the world who would love to be in their shoes.

Especially if it includes the entourage of hairstylists, wardrobe handlers, make-up artists, etc. who are traveling with Kate and William on their official visit to India and Bhutan. Come back to CDL for all your Royal family news!

The Duke and Duchess of Cambridge will attend a reception on 6 April to meet young people from #India and #Bhutan pic.twitter.com/uNfmUkQ5cv