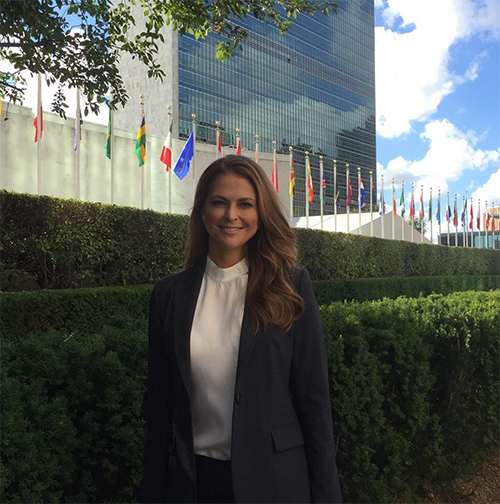 Is Kate Middleton snubbing another royal? That’s what fans can’t help but wonder as the Duchess of Cambridge’s jealousy might be the reason why she hasn’t responded to Princess Madeleine’s suggestion that the two royal mothers meet and have a ‘play date’ with their children.

While there’s no doubt that Kate Middleton loves to wine and dine and rub elbows with the elite, if there’s one thing she feels uncomfortable with, it’s meeting other royals, mostly because she knows just how well-received and popular they are in their own monarchies.

Princess Madeleine has long been regarded as one of the most popular members of the Swedish royal family, mostly because of how natural and at ease she appears with the public. If that weren’t enough, it was also long rumored that Queen Elizabeth had tried to set up Prince William with Princess Madeleine before he married Kate Middleton. Surely, Kate wouldn’t want anything to do with someone who was a potential love rival for her in the past, and that’s probably why she’s now snubbing her.

According to People Magazine, though, Princess Madeleine doesn’t seem to worried about what happened in the past, as she told the publication, “I would love a play date. I’m sure we will cross paths – and who knows what we will do when we do.”

Of course, it would make absolute sense if Kate Middleton took up Princess Madeleine’s offer. After all, they have children who are of similar age: Prince George is 3 and Princess Charlotte is 1 – both would make wonderful play dates for Princess Leonore, who is 2, and Prince Nicolas, who is 1. Surely, Prince George and Princess Charlotte would benefit from growing up with other royal children who are just like them, considering how already isolated they are, mostly because of Prince William’s safety and security concerns.

Kate Middleton would have to put her own self-interests and jealousy aside to ever make something like this work. Knowing what kind of snob attitude Kate already has, there’s little chance of that happening.

Tell us CDL readers, what do you think? Should Kate Middleton reach out to Princess Madeleine? Let us know what you think by dropping us a line in our comments section below and, of course, don’t forget to check back with CDL for all the latest news on all of your favorite royal celebrities right here.