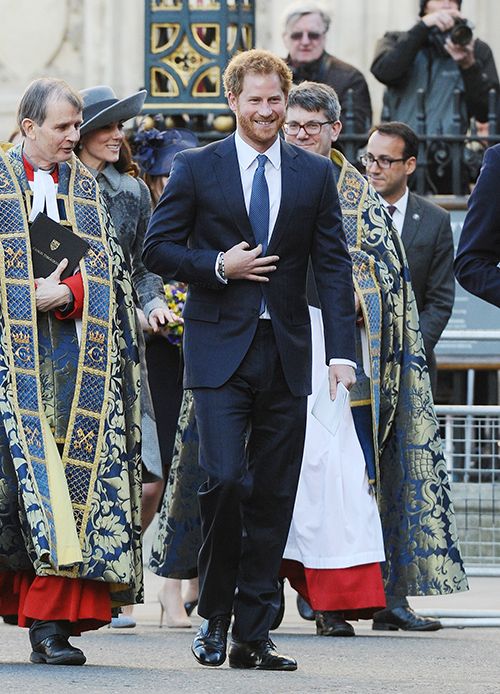 Kate Middleton must be thrilled that Chelsy Davy has shown signs of paving the way for a reunion with Prince Harry. Has Kate convinced Harry to cut off all contact with former girlfriend Cressida Bonas and propose to Chelsy?

Prince Harry and Chelsy began dating in 2007 and called it quits in 2011. There has never been any indication that the break-up was anything but amicable. Chelsy simply did not enjoy all the scrutiny that goes along with dating a Royal.

Of course, there was speculation that Harry was too busy partying and Chelsy made her career as an attorney a priority. Was this just a case of right girl, wrong time?

It may be right girl, right time now. The Zimbabwe born blonde has given up the law and is now a jewelry designer for Baar & Bass in London. Harry’s partying days are nearly non-existent as he takes on more Royal responsibilities and promotes the Invictus Games which he founded.

Prince Harry has recently been linked romantically to aspiring actress Juliette Labelle but friends say that Juliette is merely a distraction as Harry waits for Chelsy.

An insider revealed to the Daily Beast Royal reporter that the world hasn’t heard the last of Chelsy. “Not by a long shot. Harry still holds a candle for her, they talk a lot, and if she initiated it, he would go back to her like a shot.”

Is she ready to become a Royal bride? Did she grow weary of all work and no romance? After all, Chelsy did make a complete change from a demanding career as an attorney to a more relaxed career as a jewelry designer for Baar & Bass earlier this year. There has been talk that Kate Middleton has been guiding Chelsy and helping her learn how to handle the stress of life as Royal.

Was one of the reasons Prince Harry and Chelsy Davy didn’t reunite sooner because the fifth-in-line to the throne was still in contact with ex-girlfriend Cressida Bonas? Kate Middleton never cared for Cressida and made those feelings known to her brother-in-law. Kate has made it clear that Chelsy is the one and it’s time for Harry to propose.

Prince Harry needs to stop fighting his feelings for Chelsy Davy. The world is ready for another Royal wedding.