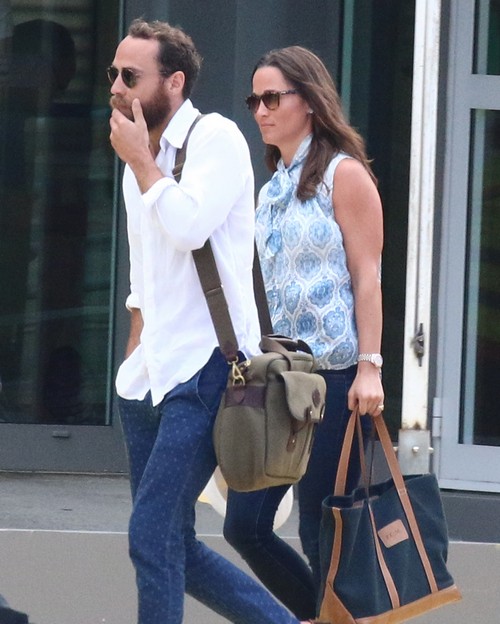 Kate Middleton’s brother James Middleton has once again proven that he is ready and willing to take advantage of his royal connections, leaving Queen Elizabeth absolutely disgusted. James admits in a new interview that he is well aware of how his social status has changed ever since Kate Middleton married Prince William and how some of his so-called friends try to associate with him just because of his connection with his sister and the monarchy.

In a new interview with the Daily Mail, James, who owns a marshmallow photo printing service, says that his family is well aware of all the publicity they get thanks to Kate’s marriage, even though some of the press can be rather negative. Yet, he does add that he does want to protect himself from ‘hanger-ons’ who only want to use him for fame and how his family dynamic has changed since the royal family.

James Middleton said, “Why are so many people interested in us? As a family, I don’t think there is any particular “policy” on [handling it]. Although one is probably not to speak to the media – ironic that I’m saying it in an interview!”

It’s without a doubt that James’ interview has once again left Queen Elizabeth absolutely irritated and his sister Kate, mortified. Surely, James Middleton is not one bit bothered that he is apparently being targeted for his royal connections, thanks to his sister Kate Middleton’s marriage.

After all, if it weren’t for his sister, no one would even know who James Middleton is, let alone bother with trying to network with him. Just like his family, including his fame-hungry sister Pippa Middleton and his attention-seeking mother, Carole Middleton, James has done whatever it takes to stay in the spotlight, even though each attempt has failed in one way or another.

Sure, James might feel like he is living in his sisters’ shadows, but that’s just because both Kate and Pippa have made it their one and only goal in life to marry into wealth, status and power, or like in Kate’s situation, into the royal family. James has settled with a British television presenter who is virtually unknown across the pond, therefore making him less of a media target in the tabloid headlines and gossip blogs.

By James Middleton trying to validate himself by talking about ‘hanger-ons’ and how he can spot of that nature from a mile away only gives Queen Elizabeth even more of a reason to be disgusted with Kate Middleton’s try-hard family.

James’ interview only further indicates that he is just as take advantage of his sister’s royal connections as anyone else in his family. Do you agree? Let us know in our comments section and of course, check back with CDL for all the latest news on the royal family.