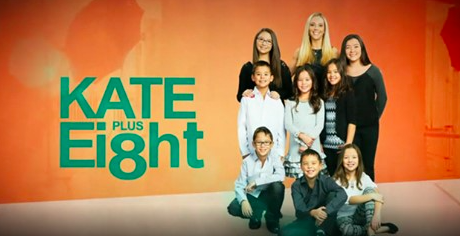 Tonight on TLC Kate Plus 8 returns with an all new Tuesday January 19, season 4 episode 7 called, “Blind Date,” and we have your recap below. On tonight’s episode Kate Gosselin goes to New York when she gets set up on a blind date, which includes a fancy dinner and a helicopter ride.

On the last episode, the end of summer means it was time for the kids to go back to school, so Kate took them shopping for clothes and supplies, and they all worked together on one more seasonal project. Did you watch the last episode? If you missed it, we have a full and detailed recap right here for you.

On tonight’s episode as per the TLC synopsis, “Kate goes to New York when she gets set up on a blind date, which includes a fancy dinner and a helicopter ride. Back at home, Mady and Cara find things to do to keep their younger siblings busy.”

Tonight’s episode is going to be filled with the usual Kate Plus 8 drama and you won’t want to miss it, so be sure to tune in for our live coverage of the show tonight at 9 PM EST! What kind of drama do you think will unfold in this fourth season of Kate Plus 8? How excited are you that Kate Plus 8 is back with an all new fourth season? While you’re waiting for tonight’s episode, sound off in the comments below and tell us what you’re looking forward to most this season and from which Gosselin.

On this weeks episode of Kate plus 8 Kate’s friend Deanna sets her up on a blind date with a friend of hers named Van. She is going back to New York with Deanna for the date. Kate talks to her older daughters Madi and Cara about the date first and they are excited for her. The younger children don’t think that she should be dating because she is “like 40 or something” As Kate was trying to choose an outfit she found herself turning to her kids for advice. The younger girls and the boys were not interested but the best advice surprisingly came from Madi, The girls were also picking out outfits for second and third possible dates.

Kate worried that Van would not like her because she had 8 kids and that it would be overwhelming for him to be in a relationship with a woman with so many children. Deanna assured her that Van did not have to be her prince charming. She told her that she had to do was go out on a date, have a glass of wine, a nice dinner and enjoy herself. She also worried that she would be alone after the kids grew up and left home because she poured so much of herself into her children and being a good parent.

As Kate prepares to leave for New York and her blind date she is annoyed with herself for being nervous. When the boys are asked how they feel about their mom leaving for a date they say “Finally the little birdie is sprouting wings and leaving the nest.” Kate admits that she never really had a philosophy on dating and she never really treated dating like a big deal. Kate worries that whomever she dates will be around for awhile before meeting her kids, but then she also worries that they will stick around once meeting her kids as well.

Kate and Deanna are in New York and on their way to meet Kate’s date. She is still pretty nervous and doesn’t want Deanna to leave her alone. Her friend keeps trying to assure her that she’s going to be fine and that she’ll have a good time, but Kate doesn’t let up until Deanna promises to stay and introduce them and then quietly slip away.

When they arrived at the heliport Kate is very impressed with Van. The first meeting is a bit strained. Deanna breaks the ice by telling Van that the two of them share a love of the water and Kate finds herself getting giddy. The two of them take off on the helicopter tour and they start getting to know each other. They start talking about battle ships and they continue to get to know each other. When asked if the helicopter ride was romantic Kate replied that she was “mostly focused on getting to know him.” and “that the ride would have been romantic for a couple who had known each other longer.”

After the helicopter ride they went to dinner where they continued to get to know each other. Kate tells him that she has never been on a blind date and that she doesn’t get out of the house much. They talk about her home life. He tells her that he went to Columbia and Kate tells him that she and her family went to Mexico. She likes that he has his own life and the two had interesting and flowing conversation. Kate tells him a bit about her experience with her previous marriage and how it impacts how she feels. She also talks about how marriage can impact her children. Van talks about how his parents long term marriage has affected him and how he views settling down and why he has waited so long to find the right one.

Kate decides to focus on the moment. Van asks what the kids think about her dating. Kate says that she doesn’t know. She tells him that their attitudes and opinions vary depending on the day and time. Kate then asks him how many blind dates he’s been on and he admits to having gone on a few. When the date was over they walked around for awhile just talking and they agreed to meet up again. They took a selfie and sent it to Deanna. They weren’t sure how to end the date so they simply said good night and he kissed her on the cheek.