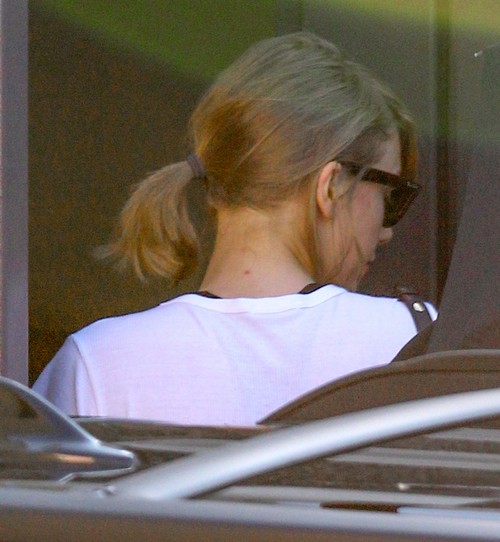 Katy Perry and Taylor Swift’s feud has exploded? Are staffers are in fear of being fired if they listen to T-Swift’s music or go to Taylor’s concerts? Both Katy and Taylor’s public relations people and other assorted reps deny, deny, deny that there is any feud, rivalry or any issues whatsoever. Fans know better and have been caught in the crossfire before.

Katy’s has employees – and freelancers – running scared. Children who are related to members of Perry’s entourage can’t go to T-Swift concerts with their parents! A source divulged recently to OK! that a staffer sent their child with a friend to one of the stops on Taylor’s “`1989” tour because the employee was afraid to face Katy’s wrath if the singer found out.

Surely the feud between Katy and Taylor has been blown out of proportion, right? That’s what Perry’s team believed at first. Swift wrote “Bad Blood” about Perry – though America’s Sweetheart will smile and deny. Katy’s people thought the whole feud thing was completely exaggerated, according to a Perry insider.

The insider revealed that all things Taylor have been “so completely blacklisted that no one on Katy’s side feels comfortable even listening to her music or saying [T-Swift’s] name.” If you believe the insider, and most people do, the ladies will never forgive each other. So while the multi-million dollar divas are busy acting childish, young fans that happen to be related to someone who works for Katy Perry can’t go to Taylor Swift concerts?

What’s next? Will the woman named Forbes highest-paid musician in 2015 – that’s Katy in case you hadn’t heard, ban anyone who gets near her from even thinking about a Taylor song lyric? Poor Taylor is sitting in Katy’s shadow it seems. T-Swift ranked at only number four on Forbes list of highest paid musicians of 2015.

This is ridiculous, wouldn’t you agree? Katy Perry raked in $135 million last year. Taylor Swift earned $80 million. When does enough become enough? Don’t you think it’s time for the “Roar” singer and the “Bad Blood” singer to grow up already?