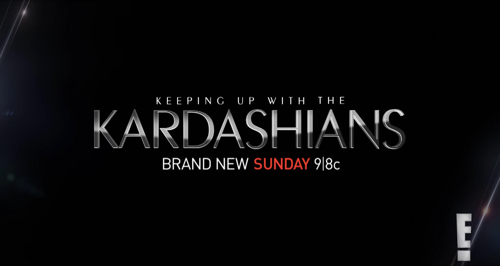 Keeping Up With The Kardashians returns tonight with an all new Sunday January 17, season 11 episode 9, called “Fear of the Unknown” and we have your weekly recap below. On tonight’s episode, Kris Jenner encourages her daughters to take a genetic test to determine their risks for cancer, but not everyone is on board.

On the last episode, Kourtney wasn’t ready for a big product launch in New York City, which got the attention of her sisters. Meanwhile, a very pregnant Kim accidentally upsetted her best friend Jonathan; and Kylie received some sisterly advice about making the most out of her newfound opportunities. Did you watch last week’s episode? If you missed it, we have a full and detailed recap right here for you.

On tonight’s episode per the E! synopsis “Kris encourages her daughters to take a genetic test to determine their risks for cancer, but not everyone is on board. Meanwhile, Kendall struggles to find a balance in her relationship with Caitlyn; and the family help Scott, who hits a low point while Kourtney is out of town with friends.”

Kris and Khloe are at it again on tonight’s all new episode of “Keeping Up With The Kardashians”. Only Kris wasn’t the one at fault.

Usually Kris tends to come up with these outlandish ideas and, when that happens, it’s her kids that tell her she’s either gone too over the top or that she was just being silly. And sometimes that could lead to a fight within the family. Yet that wasn’t the case recently.

Kris you see had wanted her family to get a genetics test which admittedly is on trend but such a test could determine whether or not they were heavily predisposed to certain types of cancer. Which by the way could also help them take preventive measures seeing as cancer is never a joke. And Kris more than anyone else knew that.

Kris’s own mother had survived both colon and breast cancer. And not that long ago, Khloe had a nasty run-in with skin cancer. So all of that made Kris believe that forewarned is forearmed and most of her kids ended up agreeing with her.

The Kardashian clan knew they had cancer on their father side as well as their mother’s. Therefore, both Kim and Kourtney agreed to get their blood drawn as the same time as Mom. Which was literally the day of their photo-shoot.

Apparently there was a goth inspired family photo-shoot and Kris had arranged for the guy that was going to be drawing blood to come by the set. Because that was where all the girls were going to be and it would help him get them all in one fell swoop. However, Khloe refused to get her blood drawn or even a cheek swabbed.

She had come with the lame excuse of not having time even though she was sitting in a makeup chair and getting retouched when she said that. So naturally her mother then tried to point out that it wouldn’t even take a full five minutes but Khloe was just going to do it. And that led to her later fighting with her mom who thought Khloe was being particularly childish about the test.

Yet Khloe eventually explained herself and she hadn’t been as nonchalant about the test as she appeared. It seems she did think about her future and whether or not she could get sick but she thought if she ignored the test then she could ignore the cancer subject altogether. As if her family was ever going to let it drop.

So Khloe was hounded about her decision until she finally changed into a more reasonable one. And got herself tested.

And so Khloe was going to be getting her results along with her family. However, that required a trip to San Diego and Kourtney was going to be taking a much needed mommy break around the same time. Thus Khloe and Kim volunteered to watch Kourtney’s older kids and soon came to regret that decision when they found themselves trapped in a car for three hours with Mason, Penelope, and North.

Kris had believed the kids would just drop off during the road trip but they hadn’t. The little one ended up staying awake and had even come up with yelling for the sake of it as a song. So both Khloe and Kim had been escape to the car and later they were even happier to hear they have less than forty percent chance of getting cancer.

But back home, Kendall came to have a conversation that she desperately needed with her dad. It looks like Kendall has been feeling disconnected lately. And it made her believe that she couldn’t talk with her dad like she normally would have.

Though Caitlyn told her that she was still her dad and that nothing else has really changed. So by time they had finished talking about their relationship, Kendall felt more assured of the bond she has with Caitlyn. And they both felt like things might be easier between them in future.

Only Scott’s future was a question on everyone’s mind after Khloe called him and he began talking about how screw his life was. And that had made the family concerned about his emotional well-being.

So much so that it almost felt like Scott was considering suicide.