Keeping Up With The Kardashians Recap 1/21/16: Season 11 Episode 10 “Miscommunication” 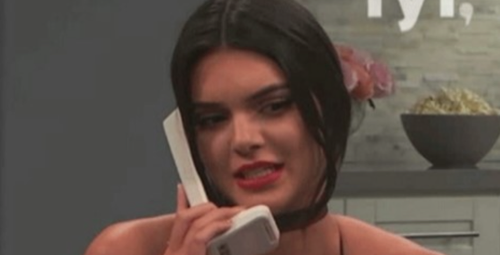 Keeping Up With The Kardashians returns tonight with an all new Thursday January 21, season 11 episode 10, called “Miscommunication” and we have your weekly recap below. On tonight’s episode, Kris Jenner signs herself and the girls up for communication therapy in hopes of putting an end to their continuous bickering, but her plan backfires when she misses one of the sessions.

On the last episode, Kris encouraged her daughters to take a genetic test to determine their risks for cancer, but not everyone was on board. Meanwhile, Kendall struggled to find a balance in her relationship with Caitlyn; and the family help Scott, who hit a low point while Kourtney was out of town with friends. Did you watch last week’s episode? If you missed it, we have a full and detailed recap right here for you.

On tonight’s episode per the E! synopsis “Kris signs herself and the girls up for communication therapy in hopes of putting an end to their continuous bickering, but her plan backfires when she misses one of the sessions. Meanwhile, Kylie feels her family’s bossy ways are getting in the way of her new home celebration; and Khloé struggles to finish her book in the face of so many work commitments.”

On tonight’s special first look of episode ten, Kris Jenner had done something sweetl for her daughter Kylie. She had apparently gone out of her way to get the young woman boxes, as in more than a few, of her daughter’s favorite donuts. Some gold old Krispy Kreme. And the two women had then gone on share a box with Kylie’s gardeners outside.

Kylie was still fixing up her house and so she had many things to finish. First it was the garden and then later her mom took her out shopping for fixtures. And they both ended up falling in love with a sink that was admittedly to die for as well as the smart toilet.

Not only was the smart toilet able to warm itself up but it also had retractable bidet function so that it could “keep the sitter feeling clean”. So Kris asked for two of those and she went on to tell her daughter that she couldn’t go shopping with her again. It seems that when she does she ends up spending money for herself and she hadn’t been counting on that.

But as it turns out, nothing in this world is free even if you take it from your own daughter. Kim you see had earlier bought up a bunch of slabs of marble for this house that she thought she was going to move into. And when that hadn’t happened, her mother had eventually commandeered ten slabs for herself. Which Kris then used.

So now that Kim has found another house to move into, she wants the money for those slabs. She had later told her mother that no one could find anymore Calcutta Gold marble in the states and so she was charging her mother because it was going to set Kim back if she had to rearranged her entire bathroom scheme. Because she wanted the whole house to have only one type of marble.

And so Kris said she was going to find the extra ten slabs of Calcutta Gold marble. In fact, she said that she going to find some in the states and then made a bet with Kim about it. So if Kim loses this bet then she’s going to have to pay her mother 1 million dollars.

Though Khloe actually had a concern. She was writing her book “Strong Looks Better Naked” during this season and it seems that she had run into some trouble. Namely writer’s block. And it was kind hard of to focus on her writing, when she had her sister constantly in her ear. So Khloe had to ask for some alone time just so she could meet her publishing date.

And in case it seems like they have forgotten Scott, they haven’t. They just can’t help someone who refuses to help himself.