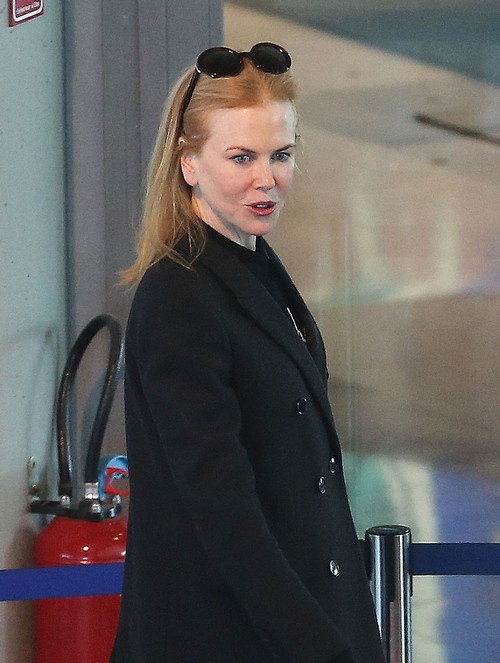 An insider divulged to Star magazine that Nicole and Alexander’s undeniable on-screen chemistry jut may break Keith’s heart. Nicole and Alex are currently filming the HBO drama Big Little Lies and the co-stars have some hot, hot, on-camera scenes that apparently have translated into a big time off-screen attraction.

There have been numerous reports over the years of problems in Keith and Nicole’s marriage, more and more so recently. The country music megastar and the Academy Award-winning actress haven’t spent much time together in the past two years. Most of the time the couple isn’t even on the same continent, let alone the same house.

In December 2015 Keith traveled alone to Australia to attend his father Bob’s funeral. A statement was issued that Nicole was busy filming a movie and couldn’t get away. Isn’t it a bit odd that you wouldn’t take a few days off for your father-in-law’s funeral?

Along comes Alexander, a Swedish actor perhaps most famous for his role on HBO’s True Blood – Skarsgard portrayed the uber-sexy vampire Eric Northman. Is the actor destined to be Nicole’s third husband?

Crew members on the set of Big Little Lies report that it took nearly 30 takes for Nicole and Alexander to get a kissing scene just right. Did it take that long because there was bad chemistry or because the co-stars just enjoyed kissing each other?

Are Nicole Kidman and Alexander Skarsgard falling for each other? Does Keith Urban have anything to worry about? Urban and Kidman are approaching their tenth wedding anniversary – and Tom Cruise dropped Nicole Kidman six weeks after passing the 10 year mark. Will Keith do the same?