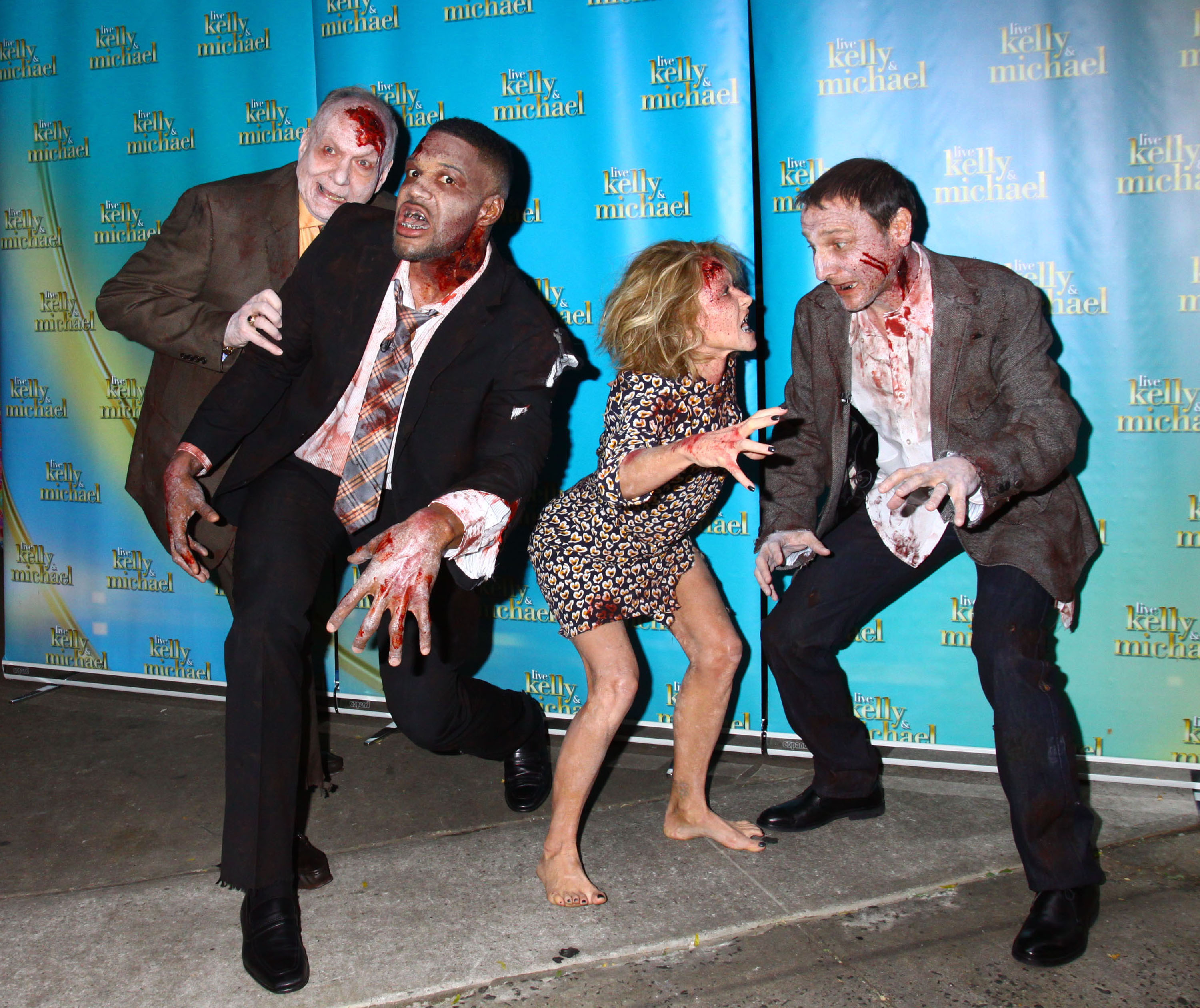 It looks as though Kelly Ripa just can’t let go of the fact that her former co-host Michael Strahan left her for a much better career opportunity. In fact, there’s a new report that says jealous and vindictive Kelly Ripa is looking to beat Michael Strahan and ‘Good Morning America’ in the Halloween ratings war just to prove that she can do better without him.

Even though the co-hosts on both ‘Live’ and ‘Good Morning America’ have always enjoyed a rather friendly competition in the Halloween costume ‘wars,’ Kelly is apparently taking things very seriously this year. In fact, things have gotten so competitive that Kelly was none too pleased when she found out that a female producer from GMA actually spotted and took pictures of the petite blonde taping a holiday show.

One source even told Page Six, “‘GMA’ does a lot of stuff ‘Live’ does,” says the source. “To the point where they thought they were copying. ‘Live’ does some pre-tapes for Halloween, and ‘GMA’ could watch the ‘internal feed’ to get a heads up on costumes. They’ve cut the feed. They caught [the producer] . . . She gave an excuse and left.” 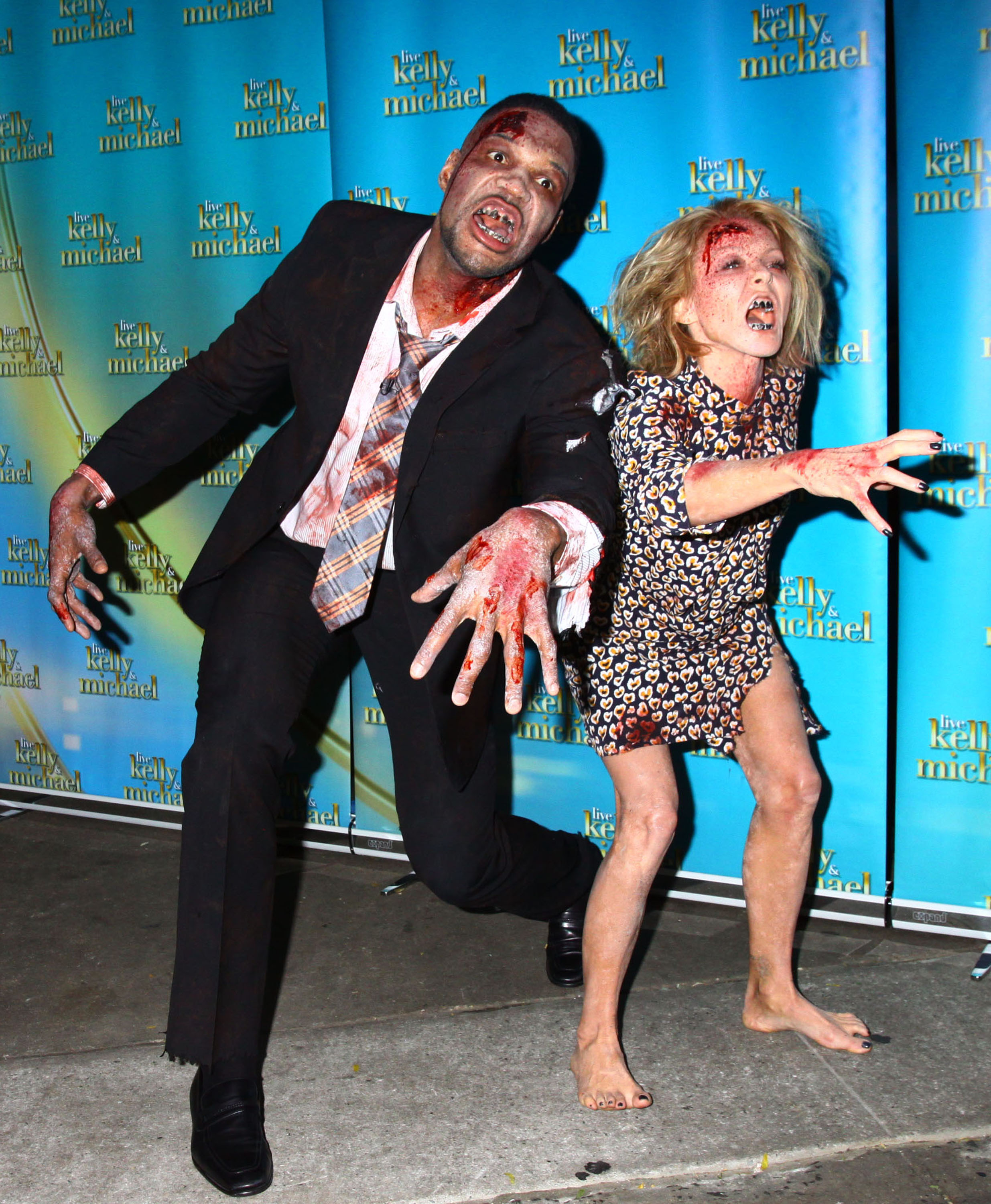 Another insider said, “Their shows are always secret, and that’s part of the fun. The feed has been shut down for the Halloween show for years, so that is nothing new.”

Surely, this wouldn’t surprise anyone who knows just how cutthroat Kelly Ripa is. The morning talk show host is so serious about showing the television industry just how important she is, that she’s even willing to take a ‘Halloween costume’ war to the next level. Of course, there’s no doubt that she still hasn’t forgiven Michael Strahan for blindsiding her over his ‘Good Morning America’ transfer.

Clearly, Kelly has always seen herself as the bigger star of ‘Live’ and is still bitter that she was overlooked for the coveted ‘GMA’ spot and that’s why she wants to prove her worth by beating Michael Strahan in the ratings no matter what it takes.

Tell us CDL readers, what do you think? Is Kelly Ripa still at war with Michael Strahan? Let us know what you think by dropping us a line in our comments section below and of course, don’t forget to check back with CDL for all the latest news on Kelly Ripa right here.

Crouching Kelly hidden cycle. Thank you @staceygnyc and @dukeguillaume for an incredible spin!! Crouch | krouCH | verb | adopt a position where the knees are bent and the upper body is brought forward and down … sometimes to avoid detection.