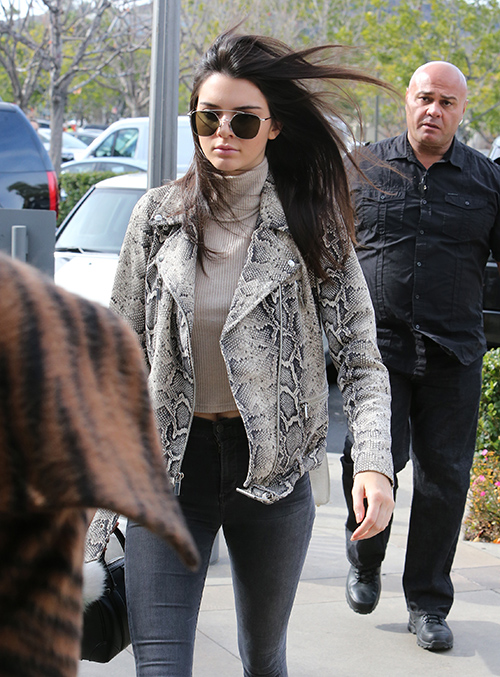 The insider says about Kris Jenner’s plot, “Kris personally called Harry and invited him and his mother [Anne Cox] to join them in St. Barts to talk business.” Well, that I can believe. Kris Jenner is always talking business with everyone. She works every angle humanly possible to squeeze every last dime out of each and every opportunity. Has she ever heard the phrase, “you can’t take it with you”? Yeah, I didn’t think so either.

Furthermore, the source also explained that Kris Jenner pretty much pushed Kendall Jenner and Harry Styles together when he and his mother arrived. The magazine states that there has been speculation of Harry Styles being gay as well.

Oh and it doesn’t stop there, folks. They continue by saying, “Poor Kendall – she’s in a terrible spot. She doesn’t want to let her mom down, and she adores Harry as a friend, so she’s going along with the whole charade, at least for now.”

Hmmmm, that is very interesting. Kendall Jenner is 20 years old. And if for some reason Kris Jenner is truly trying to make Kendall be someone that she is not, I say Kendall needs to put her foot down and stand up for herself, regardless of sexual orientation. You should never be “owned” by your mother, or anyone else. Own yourself and don’t back down.

Is Kris Jenner crossing the line into the realm of no return with over-the-top control issues? Lets hope the truth of it all comes out sooner than later before too much damage is done and Kendall finds herself in a place she doesn’t want to be. Share any insights you may have on this if you’re a follower of the Kardashian-Jenner life in the comments below.

Kendall Jenner was spotted in an exclusive location shooting along with other models on January 15, 2016. Kendall appeared to be all smiles while she was on the shoot. Image credit to FameFlynet