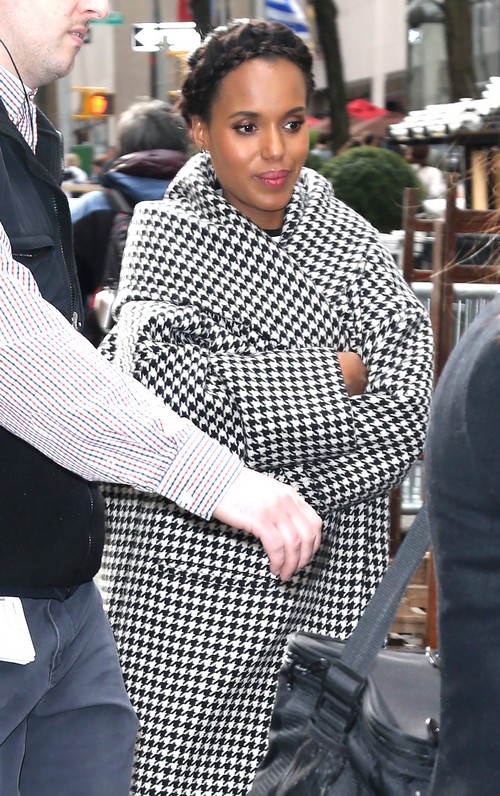 Scandal’s Kerry Washington is pregnant with baby number two! Washington and her husband Nnamdi Asomugha are adding a new child to their family. There is no news yet on whether or not the couple is expecting a baby brother or sister for daughter Isabelle.

Kerry Washington, who is most well known for her role as Olivia Pope on the hit ABC drama Scandal (one of Shonda Rhimes’ many projects) married her NFL hubby Nnamdi Asomugha in 2013. In 2014, Kerry gave birth to their first child together, a baby girl named Isabelle.

Kerry Washington and Nnamdi Asomugha are a very private couple, and have kept their daughter Isabelle out of the limelight. Throughout her first pregnancy, Kerry barely acknowledged her baby bump and was mum on the details of their daughter.

We probably won’t get too many details about baby number two, but there is no hiding the pregnancy, Kerry’s baby bump was on full display over the weekend.

Scandal’s Washington attended the White House Correspondents’ Association Dinner in Washington, D.C. over the weekend and numerous sources reported that the actress was noticeably pregnant. E! Online’s inside sources have confirmed that the actress is indeed expecting baby number two.

In 2015 there were rumors of marriage problems for Kerry Washington and Nnamdi Asomugha, and there were whispers of a divorce for the couple. If those rumors were true, it looks like Kerry and her hubby have put aside their differences to prepare for the new addition to their family. Hey, maybe they will be the one Hollywood couple who actually makes their relationship work this year!

So Scandal fans, do you think that they will use Kerry’s baby bump in an upcoming storyline on the ABC drama? Let us know what you think in the comments below, and don’t forget to check CDL for all of your Scandal spoilers and recaps.