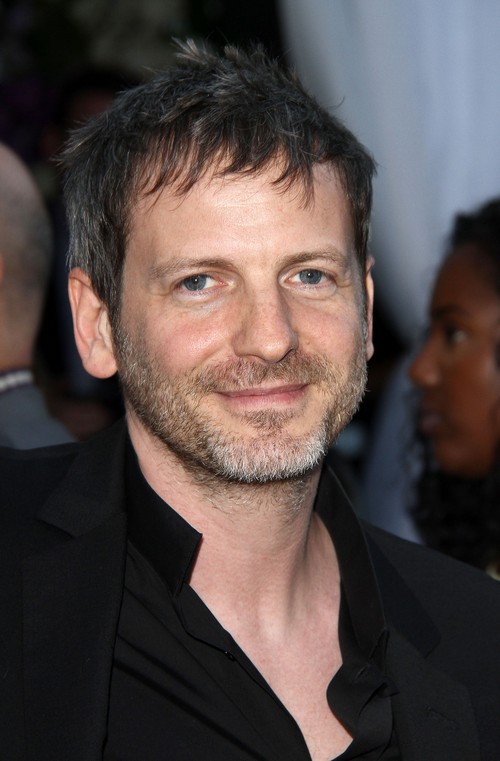 Kesha swore in a previous court deposition that Dr. Luke never drugged nor had sex with her. Now, five years later, the singer is claiming the exact opposite. Luke Gottwald – the iconic music producer’s legal name – denies any intimate relationship whatsoever with Kesha. Who’s lying?

Which story that Kesha told is the truth? Just like everyone else, Luke wants to know too. The music producer took to Twitter to defend himself against the sexual abuse allegations.

In an attempt to prove his innocence Luke tweeted a report in which TMZ had obtained a copy of a 2011 deposition from a time when the singer and the producer were involved in a lawsuit with a former manager. In a deposition at that time Kesha was asked, “Did Dr. Luke ever give you a roofie.” Not only did Kesha answer NO to that question, she also replied NO when asked if there was an intimate relationship with Gottwald. 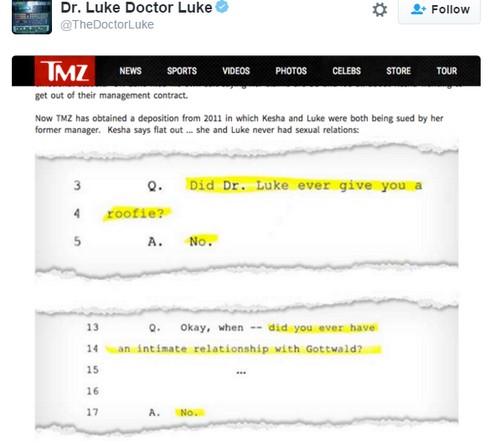 Many celebrities are supporting Kesha throughout this ordeal. Even Taylor Swift jumped in to help after the public meltdown following the judge’s ruling. T-Swift wrote out a check for $250,000. Perhaps to help pay the mounting legal bills?

The tweets from Gottwald come just days after New York Supreme Court Justice Shirley Kornreich denied Kesha’s motion that the “Tik Tok” singer be released from her contract with Sony – who has offered to put Kesha together with another music producer. But that is not an acceptable option for Kesha Rose Sebert and we ask, why not?

Judge Kornreich also dismissed the sexual abuse allegations until such time that Kesha’s attorneys are able to provide sufficient proof.

Additional tweets from Gottwald include, “Imagine you or somebody you love was publicly accused of a rape they didn’t do. Imagine that.” The songwriter and music producer also tweeted, “I have 3 sisters, a daughter and a son with my girlfriend, and a feminist mom who raised me right.

This is all meant to be proof that Dr. Luke did not drug and rape Kesha as the singer claims. There were several more tweets from Gottwald, who ended by saying, “This is an ongoing legal case so I won’t be responding/talking much about this. This should be tried in a court of law.”

It is interesting that Kesha’s lawsuit asks that her contract with Sony be terminated yet the songstress is not pursuing legal action against Gottwald on the drugging and sexual abuse charges. Who is telling the truth? What really happened between the producer and the musician?
Let us know what you think in the comments section below and come back to CDL for the latest celebrity news.