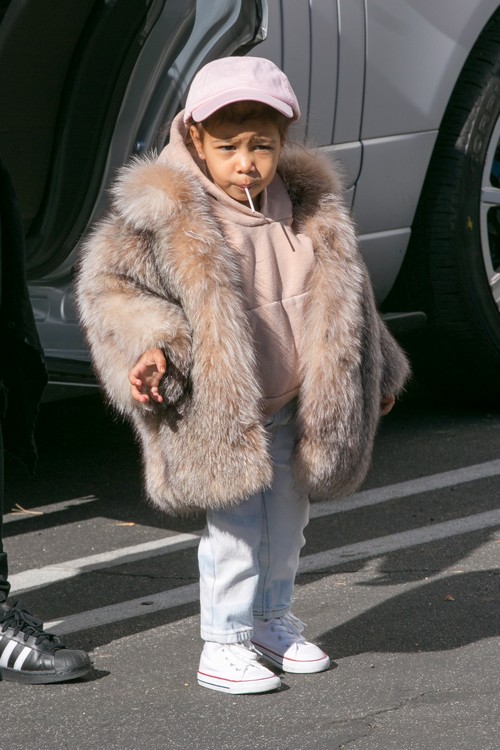 Kim Kardashian West is once again being weird with her kids. After the birth of her son, Saint West, the reality TV star unravelled like a 5-year-old at a Toblerone tasting. She hired a therapist to help eldest daughter North West “adapt” emotionally, because, you know, jealousy makes you nasty.

A natural psychological response, where an eldest sibling experiences a misconstrued “lack of attention”, made Kim Kardashian and Kanye West lose their proverbial scheize.

The children are emotionally destroyed, Kanye!

Don’t worry, you know what I’m saying? Yeezus. Get a therapist.

The alleged therapist – we are unsure whether she’s a robot or Anne Hathaway – is teaching North how to acclimate to her brother in a healthy way. How does one “acclimate” to a sibling? Is it like The Sims? Do they fake-slap each other with Styrofoam bobble heads until North giggles like Reagan from The Exorcist?

Bizarrely, the theatrical nature of this tale doesn’t surprise me – it was only a matter of time before Kim and Kanye went all Scientology 101 on their kids.

Back in the early 2000’s, celebrities kept their dogs and cats in lunatic-woven baskets and held Cupcake Tsunami-themed birthday parties for Princess Puddle Poo’s friends.

Who knew that in 2016 we’d see the same thing happen with celebrities and their kids? The grotesque lifestyles of the rich and famous can be as destructive as Extinction Level Events. A beautiful exterior doesn’t always hold a healthy interior – just ask McDonald’s.

I have a sneaky suspicion that Kim and Kanye will celebrate Saint’s first birthday party on the moon, because Pinky and The Brainless would fail at taking over the world.

What is wrong with these people? Let us know what you think happened in Kim’s brain – or lack thereof.