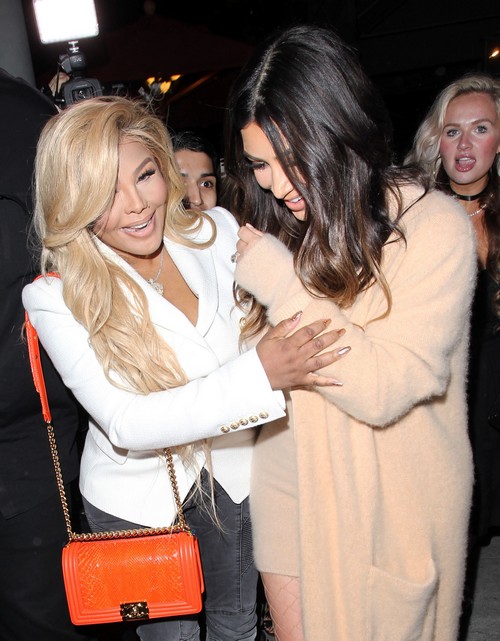 Kim Kardashian and Kanye West’s divorce is rumored to be happening any day now. And, it’s no wonder Kim is fed up with her husband. Like the majority of middle class couples – one of the items on the lengthy list of reasons that Kim and Kanye can’t keep their marriage together is money.

And, Kanye just proved exactly why he is over $50 Million in debt.

Kanye West’s money woes are no secret – but this year during one of his many Twitter rampages, the rapper confirmed that he was $53 Million in debt, and publicly begged other celebs for money. Of course, Kim Kardashian was mortified.

It’s bad enough that her husband was squandering away all of their money on his crazy “art” and poorly planned business schemes, but she was totally embarrassed that he took it public.

You would think that the couple would be pinching pennies now that they have two children to raise, but instead Kanye is out spending money like a mad man. According to Star Magazine, West just bought a $200,000 white Maybach Benz – and he paid for the car in cash!

Kanye West’s recent ridiculous purchase has the internet buzzing. Has the rapper really just lost his mind? Or is he trying to spend his money as fast as it comes in so that if Kim does divorce him, all of his cash is tied up in assets and she can’t get her hands on it?

Even if that is the case – there is no way Kanye could hide a $200,000 Benz in divorce proceedings, unless he put it in someone else’s name and claimed it as a gift.

What do you guys think? Is this just the beginning of the highly anticipated Kimye divorce? Can you really blame Kim for being up set at her husband for buying a ridiculous car when they are that far in debt?

Finally someone with more plastic surgery than Kim Kardashian! Kim Kardashian enjoys a night out with Lil’ Kim at Craig’s Restaurant in West Hollywood, California on March 30, 2016 by FameFlynet