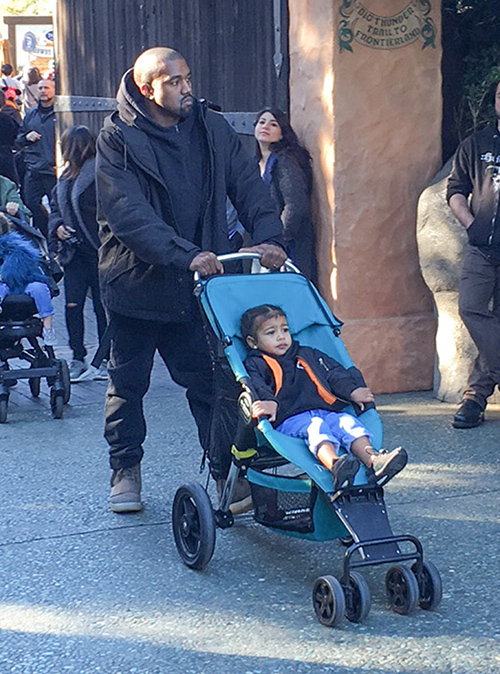 Kim Kardashian and Kanye West are fighting over having another baby – divorce could be imminent. Baby number 3 is never going to happen if Kim Kardashian has it her way. Radar Online is reporting that Kim Kardashian is ready to permanently end her baby-making abilities. Kim’s husband, Kanye West, is ready to start planning baby number 3 and Kim isn’t on the same page, to say the least. Kim is done making babies. Period.

The source revealed to Radar, “He had no choice because Kim’s already looking into getting her tubes tied or an IUD put in.“

Well, an IUD is definitely a better option to leave the choice for a later date. An IUD isn’t permanent. But if Kim Kardashian goes all the way and gets her tubes tied, then Kanye West will have zero chance of expanding his family…with Kim anyway.

The source added, “Kanye thinks she shouldn’t be making any permanent decision about future babies right now because she’s so depressed about her body.” But, to avail, “Kim is sticking to her position that this was her last pregnancy.”

Kim has her girl, North West, and her boy, Saint West. She’s quite content with that. Maybe she’s trying to ‘quit while she’s ahead’ in a sense.

I do think that Kim should hold off on the permanent option for the time being. Only because of the fact that if she is just suffering from postpartum depression, then she really shouldn’t make any important decisions, period. Once her body is back to normal and her hormones are back in balance, then she can make clear, rational decisions. But until then, she should hold off so she doesn’t do anything she could regret.

On another token, I really hope that she doesn’t think or expect that Kanye West would consider getting a vasectomy. If he doesn’t get more babies with Kim Kardashian, who’s to say he wouldn’t spread his seed elsewhere? I can’t see Kanye West setting for just two kids with Kim. He loves himself way too much to stop there.

What do you guys think? Is Kanye being selfish, or is Kim? Will they be able to work this out? Or will this be the straw that broke the camel’s back and sends them to divorce court?