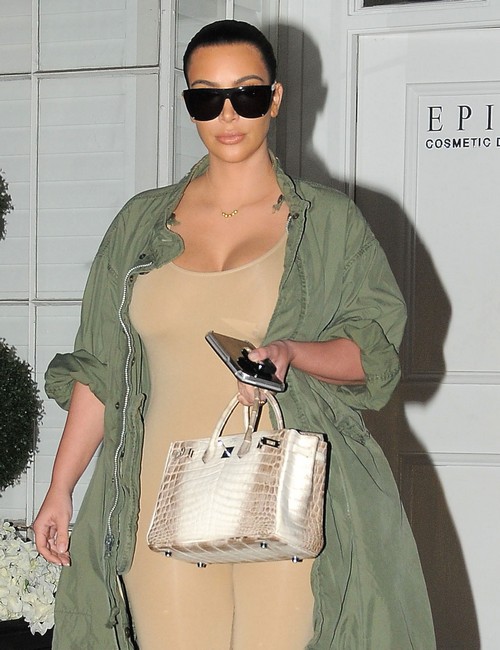 Kim Kardashian’s divorce form Kanye West is taking a toll on the reality TV queen. It’s no secret that Kanye West is in the midst of a public meltdown – and the crazy rapper is destroying Kim’s nest egg and public image and the KUWTK star is getting out while she can. The mother of two is reportedly proceeding with the divorce after crazy Kanye refused to get help for his obvious problem issues – she was recently spotted without her wedding ring.

Kim Kardashian was never mother of the year, thus North West acquired the sad moniker Ignori – but her messy divorce from Kanye seems to have diminished any parenting skills Saint West and North’s mother did have. Kim was recently photographed out and about on a shopping trip with North West and pals.

Kim Kardashian marched ahead of her young daughter and let her fend for herself, while holding another youngster’s hand – and North hit the pavement…HARD. Kids are clumsy, and not having her shoes tied probably had something to do with it, but the fact that Kim was oblivious to North’s fall behind her as she paraded in front of the paps is not a good look.

In Kim’s defense, divorce is enough to distract any mother. We all know a stellar mom who let her parenting slide during a messy break-up with her hubby. But, it’s Kim Kardashian – so even if she wasn’t in the midst of a divorce, it’s pretty safe to say that there would be something else distracting her from her kids.

Lucky for Kim Kardashian, she has the excuse of her divorce to explain away why she was allowing her daughter to run through a parking lot and in to a store with her shoes poorly tied – while she paid her daughter no mind, busy posing for the paps.

What do you think? Could North West’s tumble have happened to any one regardless of their parenting skills? Or was mommy Kim Kardashian slacking? Share your thoughts in the comments below!