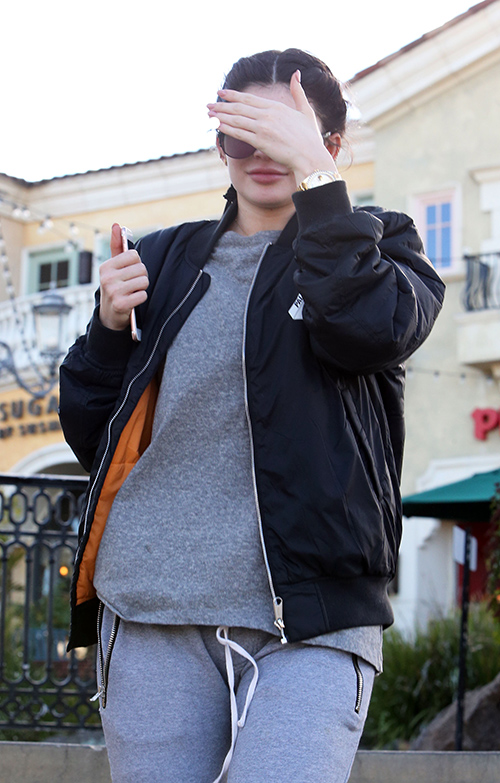 Kim Kardashian must really be worried about Kylie Jenner’s work ethic. The Keeping Up With The Kardashians star was careful to prep Kylie to walk in Kanye West’s fashion show in a recent episode. It sounds like Kim doesn’t have a lot of faith in Kylie to not embarrass her big sister.

The fashion show is already over and obviously no one died so Kylie Jenner must not have done that bad of a job walking in Yeezy’s fashion show. Apparently, when Jenner walked for Kanye the first time, in the Yeezy Boost show, her performance wasn’t all that impressive.

Kim was worried that Kylie would get lost playing with her phone or make other people working the fashion show wait while she does something unimportant. That is probably because these are things we can only imagine Kylie Jenner would totally do. As a matter of fact, the whole time Kim was talking to Kylie about the very important show, Kylie’s face was buried in her cell phone.

Kim Kardashian couldn’t emphasize enough how much of a perfectionist her husband is, almost to the point where she seems afraid of him. Kim wanted to make sure that Kylie knew she wouldn’t be slacking off for any reason.

“I’ve been hearing things like, ‘Kylie makes people wait because she’s on her phone,’ or if she’s at photo shoots she brings a ton of friends,” Kim said of her little sister’s blatant unprofessionalism. “So I just want Kylie to know just because Kanye is family, like, this isn’t a casual situation. She has to be really professional and go with the flow.” It sounds like Kim means business in the KUTWK preview.

It really sounded in the KUWTK snippet that Kim was definitely making it known that Kylie has a huge streak of unprofessionalism when it comes to the modeling gigs she works. That could be bad for Kylie’s business if companies worry about Jenner’s attitude and opt not to hire her. Then again, Kim did say she was coming for her crown, didn’t she?