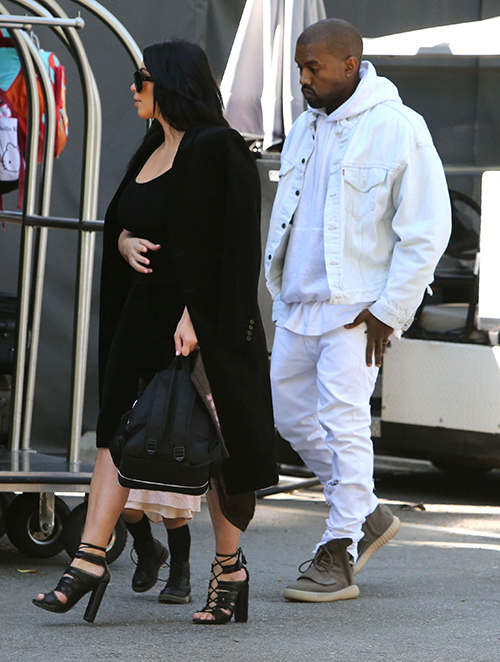 Kanye West continues to make a fool of himself whenever he logs onto Twitter (or any other platform that gives him the power to send words out into the world). And there’s one woman close to him who, supposedly, has had enough of his egomaniacal antics. That woman is none other than Kris Jenner. We all know that Kris Jenner cares about the Kardashian brand, that golden goose egg of hers, above everything else, so when she feels like someone might be threatening her family’s future success, she’s definitely going to let them know it.

If you have been keeping up with everything as of late, then you know Kanye has been really getting people riled up. He’s been at the center of crazy Twitter feuds/battles with Amber Rose and Wiz Khalifa, continues to mock Taylor Swift, was caught in a scandal involving leaked SNL audio, and generally isn’t shy when it comes to unleashing his opinion.

Kris Jenner might be starting to think that this ticking Yeezy time bomb is more trouble than it’s worth. She thought that Kim Kardashian marrying him would do good for the family name and the proliferation of her empire, but is she regretting all of that at the moment? Is it time for Kim Kardashian to divorce this Yeeze-ball?

A source close to Kris Jenner revealed to People Magazine that “Kris told Kim that she was concerned over his [Kanye’s] outbursts, his tweets and unnecessary attention-seeking.” Furthermore, Kris realizes that Kanye isn’t shy about expressing his ideas – even when it comes to her family. Do you think she really wants someone in her OWN circle with such loose lips? Who knows what kind of secrets he might spill during one of his rage filled outbursts!

One of these outbursts that probably hit a bit too close to home for Kris involved Kylie Jenner and Kylie’s recent deal with Puma. Kanye was adamant that Kylie would NEVER be caught modeling for brand besides his Yeezy collections. So, to say the least, when that deal did go through and Kylie (being the logical business woman she is) chose to diversify her portfolio instead of chaining herself forever to the self-destructive Yeezy, Kanye wasn’t too pleased. He’s supposedly over it now…but does Kanye really ever let anything truly go?

Kris has got to be asking herself: When is all this craziness with Kanye going to stop? And can he be controlled? What do you think Kris should do to help keep his mouth in check? Is there any point – or are the Kardashians stuck with this loose cannon forever?