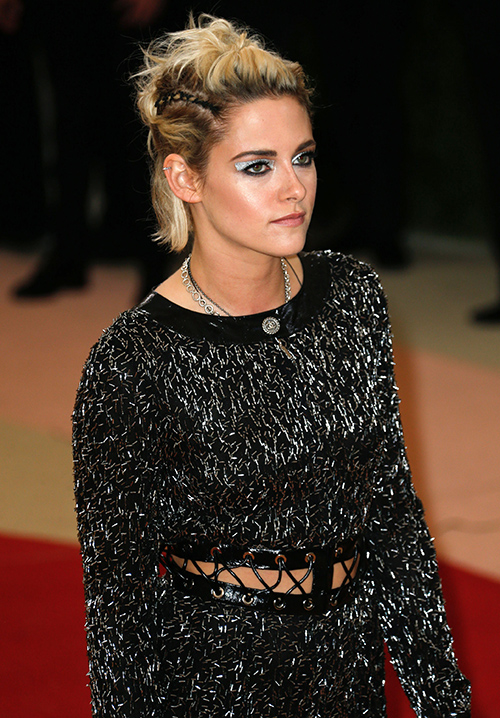 Is Kristen Stewart going to be a mom? Last time we checked, the Twilight alum had just started dating singer Soko after a messy break-up from Alicia Cargile. But, according to a new report, Kristen Stewart and Soko are already planning on starting a family together – and the happy new couple is looking into adopting a baby.

This week’s edition of Life & Style Magazine reveals that Kristen Stewart and Soko are considering adoption – and want to have a child together. An inside source dished to the tabloid, “Kristen has always wanted baby, but it was Soko’s idea for them to take the leap and start the process. They are so excited for this new chapter in their lives.”

Life & Style’s insider goes on to say that Soko and Kristen Stewart are taking the adoption very seriously, and are already looking into taking parenting classes together. Oh, and Tomboy Kristen Stewart desperately wants to have a little girl.

Word on the internet is that there is already trouble in paradise for the new couple, and Kristen Stewart’s pals are concerned that Soko is just using Kristen to boost her own music career. With that said, the odds of Kristen Stewart adopting a baby with Soko, of all people, seem slim to none.

Kristen Stewart was in a very serious relationship with Alicia Cargile. The couple lived together for over a year and were even talking about marriage. Don’t you think that if Kristen Stewart wanted a baby girl THAT badly – she would have pursued adoption when she was in a long term relationship with her live-in girlfriend, not with a woman she has known for two months?

What do you think Twilight fans? Is Kristen Stewart going to adopt a baby with Soko? Share your thoughts and theories in the comments below!