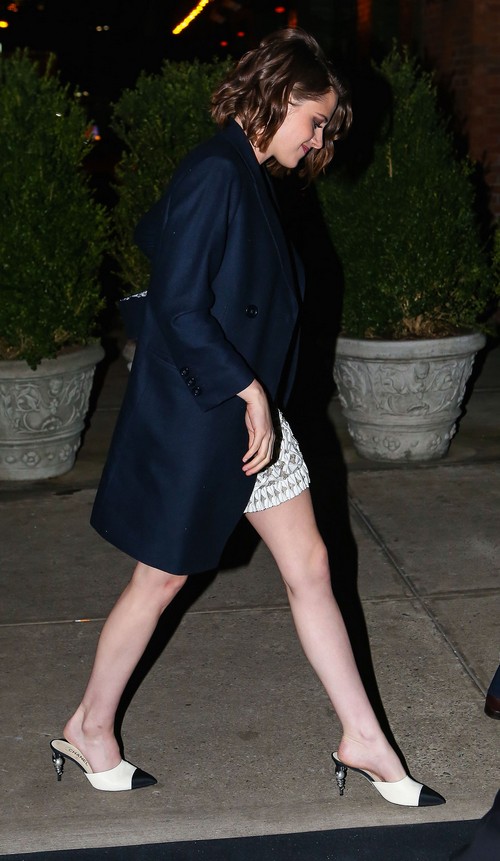 It looks like fame and fortune have taken their toll on poor Kristen Stewart who is in need of some time off from Hollywood. Twilight star, Kristen Stewart is feeling a tad bit sorry for herself and well, it’s leaving me feeling a little like punching her in the face.

Whining because you’ve been making so many movies and having such great success is just rude, okay??

I know, I know. Making movies and being famous is her “job”… but still, really? If I was in her shoes, I think I would think twice before I let it out that I was tired. I think I would put on a happy face (for once) for the public eye, then take a nice long nap behind closed doors. I certainly wouldn’t be yapping to E! about how tired I am.

Kristen Stewart opened up to E! about her need of a nice long break saying,

“I just worked all year on a bunch of different things. So right now I really don’t want to work for quite a long time. I really really tired myself out. I need a break.”

I wouldn’t say that too loud, Miss Stewart. The directors might hear you and grant you your wish.

Any spectacular vacationing plans for the worn out starlet? Nope. All she wants is to stay home…. I can actually relate to that feeling though. I am quite the homebody. I’d rather have a night in wearing my yoga pants, a good movie, bottle of wine…. you get the not-so-glamorous picture?

If you’re interested to see any of the work K Stew has been up to, she’s got four films on tap to release this year: Certain Women, Personal Shopper, Billy Lynn’s Long Halftime Walk, and some untitled Woody Allen project. It’s a mix of dramas and comedies.

Kristen Stewart seems to be one of those actresses that people either worship or seriously hate. I personally have enjoyed several of her films. Yes, the Twilight series being the frontrunner, naturally. She has been growing as an actress, she just needs to work on her PR skills a bit… she is still rather rough around the edges.

Do tell, are you are lover or hater of Kristen Stewart and her films? Sound off in the comments below!

Kristen Stewart and Nicholas Hoult are seen returning to the Bowery Hotel after attending the 2015 National Board Of Review Gala in New York City, New York on January 5, 2016. The rumored couple headed to the hotel bar where they had a few drinks with friends until 2am. Rumors of the pair being in a relationship have surfaced lately with them possibly sharing a hotel room while in New York. FameFlynet