Lamar Odom Files For Divorce: Serves Up An Unlikely Response To Khloe Kardashian 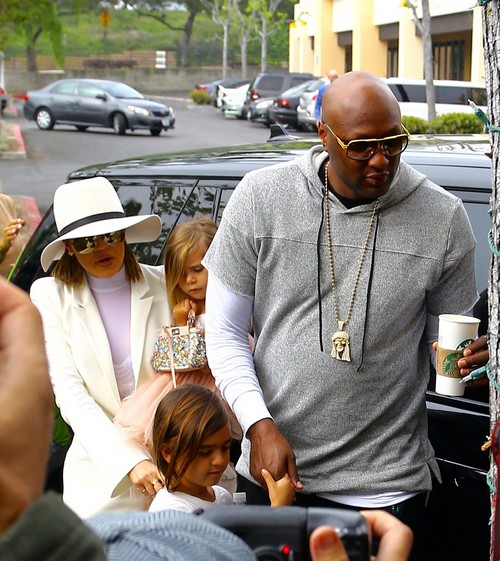 Former athlete turned troubled reality star Lamar Odom has responded to his soon to be ex-wife, Khloe Kardashian’s divorce petition, and it appears that he isn’t looking for any drama after his recent relapse and overdose in a brothel.

It’s a response most wouldn’t expect. After all, a Kardashian is involved. But this time around relations are looking civil for one Kardashian sister.  A public incident Khloe Kardashian so lovingly guided him through. Those Kardashian’s have a talent for finding the spotlight, whether it’s good or bad!

According to TMZ, Lamar Odom filed his own divorce papers July 8, citing the couple’s split as the same day as reported by Khloe Kardashian in her first divorce petition that was filed back on December 13, 2013. At that time, Khloe cited irreconcilable differences under the direction of her lawyer Laura Wasser.

Kardashian then filed a second time after it became clear that she could not save her marriage to Odom.

The two are also taking the high road when it comes to paying for their own legal representation. It is rumored that the couple have a prenup. It looks like they both want the same things following Lamar Odom’s near death experience late last year.

The timing of the couple’s divorce proceedings is interesting considering Lamar and Khloe have been making headlines for their group phone call to Khloe’s estranged brother Rob Kardashian to clear the air following Rob’s engagement to Blac Chyna, and the news that the couple is expecting.

Khloe, who has always been the closer one to Rob Kardashian than the rest of the clan, stopped speaking with her brother following several rifts he had with the famous family and his mother Kris Jenner.

Lamar Odom does most of the talking while Khloe hangs out, listening to Lamar and Rob. The former lovebird’s scene will air this coming week on Keeping Up With the Kardashians.

Could this drama-free situation be a new tactic to gain ratings? Or did Khloe Kardashian learn a lesson from Kim Kardashian’s short-lived marriage. Is she trying to avoid a long drawn out messy divorce?

Under California Law, the Lamar Odom and Khloe Kardashian’s divorce will take a minimum of 6 months. In the meantime, Khloe has been rumored to be dating rapper Trey Songz. The two were recently spotted leaving several parties in Las Vegas together in the beginning of this month.

Songz isn’t as well known for his musical talents as he is for his flirting and womanizing. The 31-year-old was reported to have previously been involved with jewelry designer Tanaya Henry. The couple’s relationship reportedly came to an end after Trey Songz was accused of cheating.

Khloe is said to be aware of this, but doesn’t care. She thinks Trey is “hot.”

Khloe may not be taking a page from her sister Kim Kardashian’s book when it comes to marriage, but musicians instead. Will we see Songz on the next KUWTK following Khloe’s divorce from Lamar?