Lauren Bushnell The Bachelor Season 20 Winner Slams Body Shamers Attacking Her Skinniness: This Is How I Was Made! 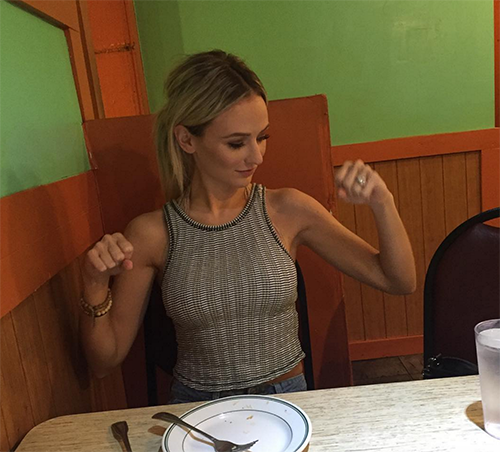 “The Bachelor” Season 20 winner, Lauren Bushnell, claps back at her haters and defends her new look. She proclaims that she is not too skinny. She’s just “ultra fit.” On June 7, Bushnell posted to Snapchat. Bushnell posted a picture in workout clothes, flashing her toned abs and legs. She captioned the image, “Still grubbing just working out hard.” She added a hamburger, monkey, and a worm emoji.

Her followers have commented lately that the reality star has been looking “too thin.” Lauren has clapped back by stating that she is not any thinner than she was on the show, she’s just “fitter.”

Ben Higgins, her hubby-to-be, gave a (failed) attempt to defend her honor by posting a picture of her “flexing” over a clean plate at a restaurant. He captioned the Instagram post, “She’s mine. Straight Flexin #fitgirl.”

Lauren feared his comments might add more fuel to the fire, and get her haters in an uproar. “@higgins.ben babe you are literally asking for trolls to comment on my weight. Also not actually flexing duh Get a better pic when I’m straight out of the gym n swoll n stuff,” Bushnell replied on Ben’s post.

Bushnell claims that she is the same weight as she was before she appeared on “The Bachelor.” She explained she is healthier and doesn’t drink wine and junk food every night. She ended her rant on her snapchat, “Get off my sh*t. This is how God made me. Bye!”

Social media buzz keeps speculating that the seeming happy couple may not make it down the aisle. Ben wants a career in politics, and it’s unclear if Lauren would support that. There’s also the issue with Bushnell’s ill feelings about J Jo Fletcher, which causes tension between them.

It should be mentioned that Bushnell and Higgins have not given any clue they could be headed toward a breakup, and seem happy together. At this point, the couple has not announced their wedding date, and if Ben runs to political office, it might have to be pushed back a bit.

Do you think Lauren Bushnell over reacted when the fans commented on her weight? Do you think they will walk down the aisle? Stick with CDL for all your “The Bachelor” spoilers, news, and updates. 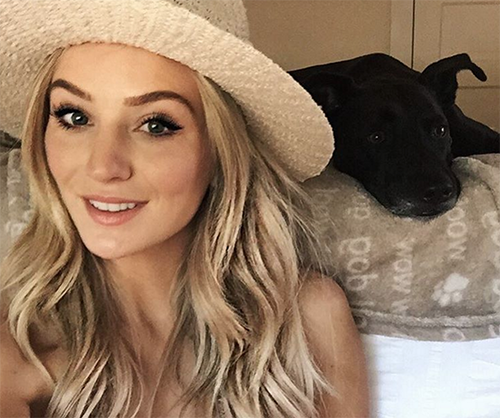