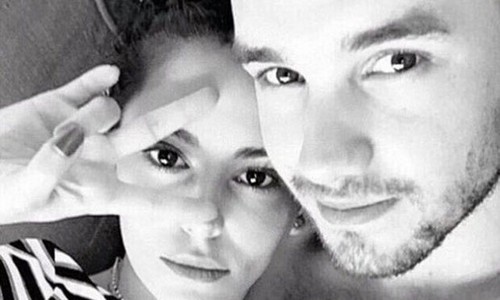 Liam Payne and Cheryl Cole are dating and no longer secret lovers as they post an intimate photo on Instagram. The 22 -year-old Liam posted a shirtless photograph of himself and the 32-year-old X-Factor Judge Cheryl Cole on his Instagram page February 27. This ends months of speculation about their relationship.

Admittedly, Liam and Cole made valiant efforts to keep their relationship secret. Taking different flights and arriving on different days for a romantic Valentines Day getaway in the Maldives was one such way they tried to ensure privacy as reported by The Sun.

Interestingly, the pair share a history going back several years as they met when Liam auditioned at ages 14 and 16 for X-Factor while Cheryl was a judge. Liam and Cheryl’s interactions, according to The Mirror, got more intense after Cheryl signed up with the same management company as Liam’s boy band – One Direction.

Both Liam and Cheryl grew closer after they went through major breakups in 2015. Liam’s longtime girlfriend Sophia Smith split from the One Direction hunk in October 2015. The hectic schedule of the One Direction superstar was the primary reason given for the breakup.

Although she held the privileged position as Liam Payne’s girlfriend for two years, Sophia Smith’s decision to end their relationship was devastating for Liam. In a Hollywood Life article Liam confirmed that being on tour throughout the year was hard for Smith and ending the relationship was the best decision.

This might explain Liam Payne’s determination to spend every free moment with his new love, Cheryl Cole.

Cheryl Cole herself kept busy on the romance circuit since she began divorce proceedings from her second husband Jean-Bernard Fernandez-Versini in August 2015. Although The Sun reported on February 15 that Jean-Bernard Fernandez-Versini is hoping for reconciliation but that does not appear to be likely. Particularly since his soon to be ex-wife has actively taken her relationship with Liam out of the closet.

Being given the green light to make the world know their commitment was a momentous occasion. Liam Payne was clearly been chopping at the bits to announce to the world that Cheryl Cole is his new ladylove.

On Valentines Day Liam posted on his Instagram a plush rose bud similar to the tattoo worn by Cheryl Cole on her lower back and butt. This was accompanied by the caption “Happy Valentine’s Day baby”. The Mirror reports that Liam had even gotten a new tattoo of a bunch of roses in honor of his new girl.