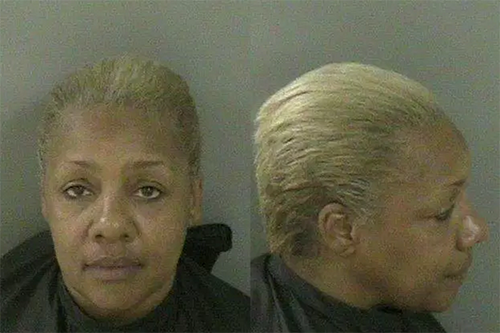 Are Love & Hip Hop Atlanta cast members Karen King and her sons Scrapp and Sas really murderers, or is it all a publicity gimmick to stir up publicity for Season 5? Rumors and botched news reports hit the internet earlier this month revealing that Karen “KK” King and her two sons were responsible for assaulting and killing her boyfriend Lyndon Smith. But, it looks like Lyndon Smith is still very much alive.

It all started with an LHHA  report from Media Take Out – and there are news sites out there that claim Lyndon Smith was murdered. It turns out, that he managed to survive the brutal attack and kidnapping though, because his body was located in the trunk of a car – where he was still clinging to life by a thread.

There are numerous stories out there, and false news reports from the incident back in 2012, and Karen and her sons Scrapp and Sas were arrested for the crimes – however did not end up in prison because of lack of evidence.

What is ironic is that no one from VH1 has bothered to correct the LHHA reports that they have three murderers on the cast, nor has anyone from the show.

You would think that VH1 would want to set the record straight before they receive backlash for putting murderers on their payroll – but they are just letting the stories spiral even further out of control. Sas wasn’t cool with being VH1’s scapegoat though, and he claims on his official website that it was just a “family dispute.”

Obviously, we will never know that day what happened to Lyndon Smith exactly, but the bottom line is, the man is not dead. However, he would be if his body wasn’t found in the trunk of a car after his sons allegedly beat him and left him for dead.

Do you think it is wrong for VH1 and Love & Hip Hop Atlanta to capitalize on the case and let their fans keep thinking that they have murderers on the Season 5 cast? Let us know what you think in the comments below!