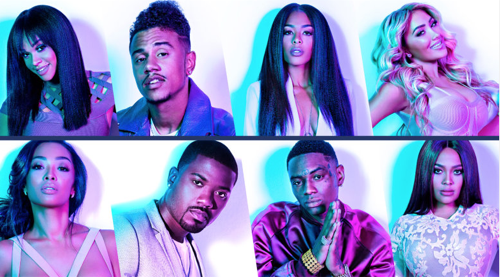 Did you watch last week’s episode where Lyrica took steps to bring peace between the two mothers and Moniece was on a mission to find the source of the sex tape leak? If you missed it and want to catch up, we have a full & detailed Love & Hip Hop Hollywood recap from last week, right here for you!

On tonight’s episode as per the VH1 synopsis, “In the third-season finale, Ray and Princess remain at odds, threatening the couple’s upcoming wedding. Later, Teairra realizes the gravity of her personal and legal woes.”

This week on the season finale of Love and Hip Hop Hollywood Princess and Ray are preparing for a welcome party for their friends before their wedding. Princess is talking to her mom. Her mom asks her about the possibility of her dad coming. This makes her cry.

She says “I don’t understand. I am the only child. All I want him to do is walk me down the aisle.” Her mom tells her “Don’t worry about it.” She then asks her daughter “How are things with Ray’s mom?” Princess tells her “Things are not good. She wants to come between me and Ray and she wants Ray to sign a prenup.” Her mom is not happy to hear this.

She tells Princess “If you have a prenup you will not be inclined to work on your marriage.” Princess agrees, but she is worried about the future.

Brandi meets up with Ray and informs him about Princess going to see a lawyer about getting a new prenup. Ray is blown away. He says “I can’t believe that she would go and do this behind my back. I also can’t believe that you knew about it before I did. This is really shady.”

Teairra goes to visit a new lawyer to discuss her case with a new lawyer. She asks him “What is the worst case scenario?” He tells her “It is a misdemeanor, but you could face up to a year in jail.” Teairra is stunned to hear this. She says “I never thought I was going to face any jail time.” The lawyer tells her “Just like they can bring up his criminal past they can bring up yours as well so is there anything i need to know? Have you ever been to jail?” Teairra says “No.”

The night of the family party arrives and Sonja is talking to Princess’ mom. She asks Sonja “How do you feel about them getting married?” Sonja tells her “I have tried to go along with it, but I don’t think it is a good idea.” Princess’ mom tells her “You don’t have to worry about Princess. She is a good girl.”

Meanwhile after making a speech to welcome everyone to the party Ray takes Princess aside and informs her that Brandi has told him about the prenup. Princess is not happy. She tells him “I want her out of the wedding.”

Ray is quick to tell Princess “It is not her fault. You should have come and told me.” This does not calm Princess down at all and she wants to confront Brandi immediately. Ray tells her “Now is not the time. Let’s have fun and we’ll deal with this later.”

Teairra ends up in jail and Nikki goes to bail her out. The two women end up having a heart to heart. Nikki tells her “I am worried about you. I heard my brother tell me so many times that he had things under control before he died and I don’t want to see you end up in the same position.” Teairra is really touched by Nikki words and they seem to really move her. She vows to try and get her act together.

At Ray and Princess’ party the fight continues between the engaged couple. Princess still feels upset and betrayed because of the issues between her and Ray’s family and Ray is struggling with the prenup. He decides to leave the party. He says “I thought about going to the strip club and making it rain, but instead I went to my parents house and sat up all night thinking. I came to the realization that I only want to be with princess.”

The next morning as everyone is getting ready for the wedding Ray heads to the bridal room to try and talk to Princess, but she is not having it. She tells him “You didn’t come home last night and went to the strip club so why would I want to talk to you?” Ray tells her “i didn’t go to the strip club.” Princess is not hearing it.

Ray walks away from the bridal suite frustrated. Safaree meets up with him and Ray tells him “There is a storm in the bridal hall. I don’t know if the wedding is going to happen today.” As they are talking Sonja walks up. Ray tells her “Ma, I don’t think the wedding is going to happen.” At first Sonja is happy. Then she tells him “No matter how I feel or what I think I want my children to be happy so I will go talk to her.” Ray thanks her and she goes off to talk to Princess.

Princess is in the bridal room getting ready, but she is still not happy. There is a knock at the door and Sonja walks in the door. She walks in and asks the other ladies to give her a moment. She sits down and the two ladies begin to talk.

Princess tells her “I wanted to be your daughter and I wanted you to like me. I have to admit that you not liking me was an issue, but we have been having so many problems lately that I don’t know whether this is a good idea anymore.” Sonja tells her “I don’t hate you. I want you and my son to be happy. I have never seen him as happy as he is with you.”

Ray is in the room with his groomsmen and there is a knock on the door. Princess is there and she tells him “I love you and I want to marry you.” He tells her “I love you too. I want you to go down into the garden. I have a surprise for you.” When Princess gets down there her dad is waiting for her. She starts to cry and rushes to hug him. She says “I don’t need anything else. This day is perfect.”

When Ray and Princess walk down the aisle everyone is happy and excited. They exchange vows. Princess says “In this moment I feel so blessed to be marrying my best friend and the way he is looking at me lets me know he feels the exact same way.” Ray is crying as they exchange vows. He says “I’m not crying because my life is over, I’m crying because I love this woman.” The minister pronounces them husband and wife and everyone applauds.

The party begins and Lyrica G, A1, Lyrica A and Pam are talking. A1 apologizes to Lyrica G for marrying her daughter without her being there. This makes everyone happy. Ray and Princess share their first dance as his sister Brandy sings At Last. Princess says “After talking to Sonja “I am finally starting to feel like a Norwood. I know that Ray and I will be tested, but we will be able to make it through.”