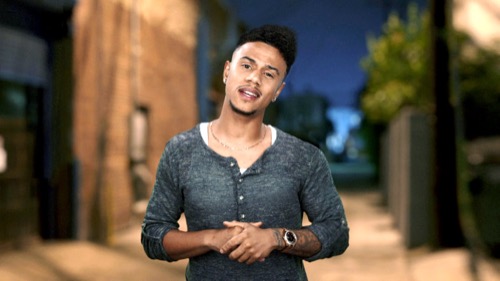 Did you watch last week’s episode where Masika and Fetty Wap have a disagreement; Nikki takes an introspective look at herself and Brandi and Princess move forward with their plan to exact revenge on Moniece? If you missed it and want to catch up, we have a full & detailed Love & Hip Hop Hollywood recap from last week, right here for you!

On tonight’s episode as per the VH1 synopsis, “Brandi’s revenge plot gets back to Moniece and Fizz, Ray J and Princess’ relationship quickly turns sour, and Lyrica’s mom goes to extremes for revenge against A1 .”

On this week’s episode of Love and Hip Hop Hollywood Nikki meets up with Rosa to try and apologize for her behavior. Rosa says “If Nikki is trying to get back with me she is going to have to work harder.” Nikki tells her “I want to apologize for my behavior at our event. I feel like I should have been more honest with you about what I was doing.” Rosa tells her “I just didn’t appreciate the dishonesty and the fact that you weren’t completely honest about what you were doing.” Nikki tells her “I was just dealing with the death of my brother and I was caught up in my feelings with all of that so I was trying to hurt others before they hurt me.” Rosa asks her “Does that mean no more lies?” Nikki tells her “No more lies.”

Princess and Brandi show up at Max’s studio session with Jason Lee. Ray is there and he and Max are shocked to see Jason with Princess and Brandi with Jason. Jason shows them the sex tape of Moniece. All of them are shocked and appalled. Ray tells Jason “This is not cool. Moniece plays tennis with my mom and my sister and Fizz is my man.” Max says “I think this is taking things too far, but we can’t let Moniece get away with what she did. I think you have the goods to make her apologize. We should talk to her and see what she does.” Ray agrees and says “Whatever we do Fizz is my boy and I have to warn him about this tape.”Safaree,

Safaree, Deb and A1 are at the house when a tow truck pulls up outside and begins to tow A1’s car away. The three of them rush outside and Safaree tells the driver “You are not towing my man’s car away.” As they are arguing Lyrica G pulls up and tells him “That is my car because it is in my name.” Safaree jumps on the roof of the tow truck and continues to argue with the driver. Pam rushes over and begins yelling at Lyrica G. The two of them continue fighting as A1 jumps into Lyrica G’s car and tells her “You want to tow my car I am going to steal yours.” Lyrica G tells him “If you drive off I am going to call the police.” A1 pays no attention and drives off. Princess,

Princess, Ray and Sonja meet with the wedding planner to discuss ideas for the wedding. Ray tells her “I want coming to America but more modern.” Sonja tells her “I have to be honest. If this was back during olden times it would be perfect, but it should be more modern.” Princess is upset with all of the changes that Ray and Sonja want to make. Ray doesn’t understand why she is upset. He says “Princess wanted me more involved and now that I am she is still not happy.”

A1 finally arrives back at the house. Both he and Lyrica A’s mom have been blowing up her phone while she was out at lunch with her friends. When she arrives home she is confused to see her mom’s car in the driveway, but that her mother is not at the house. She asks A1 “What happened?” He tells her “Your mom had the car towed.” Lyrica is stunned to hear this. Pam speaks up and tells her “You are a beautiful young lady, but your mother is ugly.” Lyrica gets very upset and the two women get into a heated argument. Lyrica tells Pam “You are jealous of my relationship with my mother.” Pam tells her “I can go buy lips and a butt.” Eventually, the two women have to be separated by A1.

After the meeting at the venue Sonja has some alone time with Ray. She tells him “Marriage is a two way street. I don’t think that you and Princess are ready to make that commitment to each other. “ As the mother and son are talking Princess walks up and she is not happy to see the two of them in such an intense conversation. Princess is worried that Sonja’s doubts will be passed on to Ray.

Nikki meets up with Safaree to talk to him about possibly starting over. Safaree tells her “I want us to start over. I want us to get married, have kids and get a small dog. “ Nikki is a little overwhelmed by all of the plans that Safaree is making. She tells him “Hold up a second.” Safaree seems confused by her hesitation but he stops. Then he tells her “Ok. I won’t talk to anyone else and neither will you, including Rosa.” Nikki seems a bit hesitant about this. She tells Safaree “Rosa is my friend and she will always be my friend.” Safaree tells her “I don’t care that you guys are friends. I mean romantically.” Nikki agrees to that.

Max is now reluctant to go along with Brandi’s plan to get revenge on Moniece. He understands how many people could be hurt if Moniece’s sex tape is made public without Fizz knowing. He decides to clue Fizz in on one night at the bar. He tells him “Jason Lee has a sex tape of Moniece and Brandi wants to expose it.” Fizz is very upset. Fizz tells Max “Thanks for letting me know.” Max says “I told you because we are friends.”

Fizz goes and talks to Moniece and lets her know about the tape. He tells her “You have to stop poking and poking at people because eventually, they poke back.” He then reveals the information about the sex tape that Jason has.  Moniece says  “I would expect nothing less from a gutter rat like Brandi. I thought that since she was a mother she wouldn’t ever go there, but I guess not.”

Ray is working on a video when Princess shows up. Princess is not happy to see a video girl grinding all over Ray. She tells him “Your mom already doesn’t want us to get married and then I come up here and see you grinding up on some girl and completely disrespecting me? I think you are doing this just to get it out of your system.” Ray is very upset. He tells Princess “This is my job. I am shooting a video. Nothing more and nothing less.” Princess doesn’t seem to believe him. She storms off and calls over her shoulder “Have fun with your video girl. Call me when you get someone better than me.”

The next day Princess comes back to the studio to check on Ray when he doesn’t come home all night. She asks him “Does your mom have anything to do with this?” Ray asks her “Do you wanna have a conversation because your smart mouth is about to get you in trouble.” Princess tells him “Be yourself.” Ray tells her “Be yourself.”

Fizz meets up with Jason to confront him about the sex tape of Moniece. He tells Jason “I thought we had a good relationship.” Jason tells Fizz “I have the utmost respect for you. However, I did this to show Moniece that she can’t just go around throwing rocks and hide her head.” Fizz says “I don’t care about all of that. Who has the tape?” Jason tells Fizz “ Moniece knows who has the tape so let’s ask her.” Moniece appears and Jason tears into her. Jason tells her “This is the thing I don’t like about the girls in Hollywood. Ya’ll do all kinds of stuff and then get mad when I find out about it. Me and my writers pull receipts on everybody including you. If you throw a rock you get a rock thrown at you!” This battle between Moniece and Jason continues and the real question is who’s on the tape?..