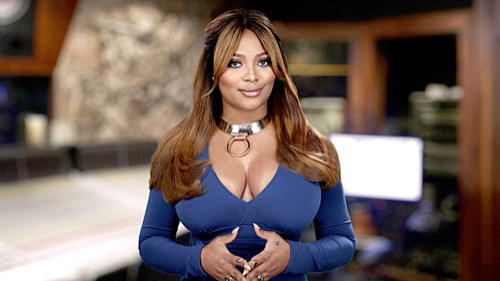 Did you watch last week’s episode where Safaree caught Nikki in the act; and Brandi and Max’s marriage was tested when Max began working with Masika. If you missed it and want to catch up, we have a full & detailed Love & Hip Hop Hollywood recap from last week, right here for you!

On tonight’s episode as per the VH1 synopsis, “Flloyd “A1” Bentley and Lyrica Anderson’s housewarming party doesn’t go well; Princess Love is annoyed with Ray J’s recent business success; and Nikki Mudarris and Rosa Acosta have an awkward moment in public. Later, Teairra Mari must deal with legal issues.”

On this week’s episode of Love and Hip Hop Hollywood, Ray walks into the barber shop to show off his new product called the “sprush.” Max asks him how the engagement is going. Ray tells him “It’s going great. Princess is a little mad because I missed the cake tasting, but I need to keep the business right because marriage is expensive.” Max tells Ray about Masika meeting him in the studio. He tells Ray, “I just want to get back to a space where me and Brandi are good and we trust each other. She came through with 15,000 and I know that she is trying to replace the money that she took from my son, but I am still having a hard time trusting her.”

Lyrica and A1 return from their elopement and they are preparing to move into their new home as husband and wife. Lyrica suggests that they throw a reception masked as a housewarming party. A1 says, “When do you want to throw it?” Lyrica says, “I don’t know, but it has to be soon, because both of our moms have to know and we have to live with the consequences of our decison.”

They are both worried but feel that it is less likely that their mothers will act out if they are told the news with a houseful of people surrounding them. A1 says, “It’s about time Lyrica G learned that she can’t control everything about her daughter’s life. We are our own family now.”

Teairra is meeting up with Nikki, the girls, and her old roommate, Andrew, to hang out for Nikki’s birthday. Even though it is her birthday, Nikki is upset over the situation with Safaree and Rosa. The ladies are talking about Teairra’s situation with a case involving an Uber driver. She tells them “I could go to jail for six months.”

Rosa is upset about the situation between her and Nikki. She calls Jason to talk to him about the situation. Jason goes to meet her. She says, “Safaree Manaj was saying that he wants to watch.” Jason says “Watch what?” Rosa says “Watch me and Nikki.” Jason laughs and says, “You have to know that any man who finds out that his woman is doing another woman is going to want to watch because he feels like he is not man enough.” Rosa tells him “Safaree wasn’t man enough.”

The day of A1 and Lyrica’s housewarming party/ wedding reception finally arrives. When they make the announcement that they are married everyone is happy for them except for her mother. Lyrica says, “We did it the right way!” Lyrica G steps up and says, “No, you did it the wrong way.” A1’s mom Pam speaks up and says “You’re just mad because they got married.” Lyrica G says “None of ya’ll understand what it’s like to have your only child get married and not be able to be there.” Lyrica is very upset. Lyrica G storms out of the house.

Ray and Princess are in the car. Princess is upset because Ray missed the cake tasting. Ray drives to Sunset Boulevard to show her a surprise that he hopes will make up for him missing the cake tasting. Princess wonders where they are going. Ray asks him “Where are we going?” Ray tells her “Can’t I get some coffee?” Princess says, “No, you can’t do anything that you want to do because you can’t do what I need you to do. I need you to be there when you say you will. I need you to help me plan this wedding. I needed you at that cake tasting.” Ray pulls up to the billboard that has a picture of him, Princess and the Scootie boards. This does not make princess happy at all. She gets in the car and pulls off.

Brandi is still frustrated that Max is not home, especially because it is Brandis’s birthday. When Max walks in Brandi is so happy. She says, “Our son wants you to come home. I want you to come home and I will do whatever it takes to make it happen.” Max says “Let’s just leave it at I’m coming home.”

Nikki brings Teairra and her friend Nia to Rosa’s store for her lingerie launch at Rosa’s store. When Rosa shows up with a date Nikki approaches them and she asks the other girl, “Do you like my boobs? Because you are staring at them awful hard.” Nikki then turns to Rosa and tells her “It looks like you have moved on pretty quickly.” Rosa responds, “At least she doesn’t lie.”

Nikki tells her that “We were never exclusive in a relationship so if you want to move on with her or with someone else more power to you.” Rosa says, “It sounds like you are jealous.” Niki laughs and says, “I have nothing to be jealous of. I merely came over to apologize, but just know you will never recieve another apology from my lips.” Rosa tells her that “I can’t accept your apology because your actions right now are so insincere.”

Ray is at the grand opening of the Scoot E Bike store. Nia is there and asks where Princess is. Ray tells her “Princess is mad at me.” Nia says, “What did you do?” Ray says, “I missed the cake tasting.” Nia tells him “Wedding planning is usually a woman thing, but we do need a little help every now and again.”

All of the sudden Princess walks in. She has a woman with her and Ray tells her, “I’m glad to see you.” Princess tells him, “The store looks nice.” Rays thanks her and then tells her “I can’t do any of this without you.” Princess tells him “Since you are obviously not interested in helping with the wedding planning I figure we don’t need a big wedding. We can get married right here, right now.” Ray is not happy to hear this. He takes Princess aside and tells her, “If you want me to be there for 50 percent of the wedding planning I am all in. I want to walk down the aisle. I am not about to get married in the middle of my store.”

A heated argument ensues. A1 says, “Here is something you can have.” He hands a picture of he and Lyrica at the alter which Lyrica G smashes on the floor. Then she storms out the door and A1 heads out the back door to get the dogs and takes them to the park.