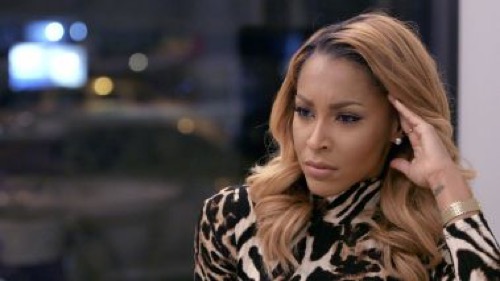 Tonight on VH1 their series Love & Hip Hop continues with an all new Monday January 11, season 6 episode 5 called “Endings & Beginnings” and we have your weekly recap below. On tonight’s episode, Yandy learns the next step of Mendeecees Harris’ legal case; Mariahlynn receives devastating news.

On the last episode, Mariah advised Cardi to make things right with Self; Rich got an unpleasant surprise; Cisco landed in a predicament. Did you watch the last episode? If you missed it, we have a full and detailed recap right here for you.

On tonight’s episode as per the VH1 synopsis, “Yandy learns the next step of Mendeecees’ legal case; Mariah receives devastating news; Cardi B and Bianca take etiquette training; and Amina reveals the fate of her pregnancy. Later, Lexxy threatens to leave BBOD for good.”

This week on Love and Hip Hop Mariah Lynn and Moe get into an altercation when Mariah confronted Cisco about his relationship with Moe. When Rasheeda and Lexy hear about the argument they are distressed and disgusted.

Yandy is worried about how she is going to raise her family without her husband as he faces sentencing for a crime committed back in 2013. As the couple was headed to the courthouse they received a call from the lawyer telling them that the sentencing had been postponed. Both Yandy and Mendeeces were grateful for the extra time that he has with their family and he intends to make the most of it.

Tara and Peter have a conversation about the confrontation that took place between her, Peter and Amina. Tara tells Peter that she is tired of the back and forth game that he is playing between her and Amina and tells him that it is ridiculous that he has put her in this position again with Amina once again being pregnant with his child. She tells him that she is tired of the foolishness that he perpetrates and has decided to take their two sons and move back to Brooklyn and end the relationship between the two of them.

Yandy goes to the studio to work with Young B and when she shows up late she tears into her letting her know that the attitude that the artist is showing will not be tolerated. Yandy also sends the artist to etiquette classes to help her improve her behavior.

Mariah feels the pressure of dealing with a mother who is dealing with addiction as she has to bail her out of jail and the two have a confrontation outside of the jailhouse and her mother tells her that she is having another baby. Mariah tells her mother that she needs to stop stealing and that she has no reason to steal. Mariah feels overwhelmed because she has to use her rent money to bail her mom out and wonders how her mother is going to handle another child when she couldn’t take care of the two she already had.

Cardi B and Bianca go to Zumba class and Bianca tells Cardi about the etiquette class with Tara and the two of them agree to go together after Cardi tells Bianca that her manager has her enrolled in speech classes and all different types of classes to help improve herself.

Lexy meets with Treach to talk about the situation with Moe and the group. She tells him about the incident at the single launch party and Treach tells her that Moe is out of control and that the only person who may be able to help reign her in is her father DB. Lexy wonders whether or not she will be able to continue to work with Moe because she feels as though Moe is destroying the group from within and begins to seriously consider breaking off from her and going her own way.

Amina meets with Peter’s daughter Whitney to talk about the situation between her, Peter and Tara. Amina admits that loving Peter is hurting her. She also tells Whitney that she has aborted the baby that she was carrying from Peter. Whitney asks how her father took the news and Amina tells her that she didn’t see him instead she texted him and told him. Whitney offers her support to Amina.

Cardi B and Bianca head to Tara’s etiquette class and Tara asks both women why they are in the class. Cardi just kind of goes off on a tangent about her accent. Tara works with them showing them how to hold a teacup and they seem to just be obstinate and resistant to the techniques that Tara is teaching them. She then tries to work on interview techniques and they are acting silly and seem to not take it seriously at all.

Mariah goes with her mom as she goes to court to face shoplifting charges and worries that her mom may have to give birth to the new baby behind bars. The judge took mercy on Mariah’s mom and postponed the sentencing for a year. Her mom was willing to do the mandatory ninety days so that Mariah could get her rent money back.

Lexy goes to see DB and claims that Moe’s selfishness is messing up the group. DB says that Moe’s head is so big “it can barely fit through a door.” As this conversation is taking place Moe comes through the door with her mom and her sister and there is a major confrontation. Moe tells Lexy that she is wrong for coming to her dad with their personal business and Lexy lets her know that this is about the group and that’s why she went to Moe’s dad. Then DB sides with Lexy and the fight was on. Lexy decides to split from Moe and go out on her own.