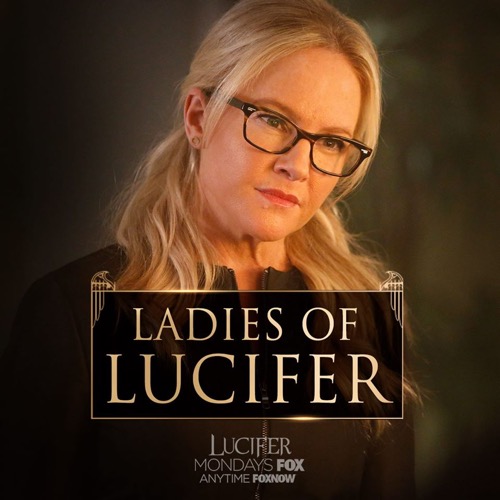 On the last Lucifer episode, Lucifer was distracted by his mother’s escape from hell, as he and Chloe investigated the murder of a stand-in actress. Meanwhile, Chloe’s faith in Lucifer was tested by the new medical examiner, Ella.

On the last Lucifer episode as per the FOX synopsis, “When Lucifer’s mother, Charlotte, turns up at the scene of a grizzly murder pleading innocence, Lucifer is hesitant to believe her tale. Not wanting to leave her on her own, he instructs Maze to babysit her – and not to torture her, allowing him to investigate the case with Chloe.”

Lucifer and Amenadiel’s mother had had a rough start in the world. She had originally come back as a man, but then had accidentally wondered off into traffic and had died. So she had come back again and again she had been murdered. But then Mother Morningstar eventually ended up in the body that she was currently in and she had gone looking for Lucifer right away before she could die again. And, well, Lucifer hadn’t been happy to see her nor did he care about all that she had gone through just to find him.

Lucifer had just wanted his mother gone. He felt that she hadn’t loved him or even cared when he had been casted out of Heaven so he hadn’t cared that she had been imprisoned in Hell. However, for some reason or another his mother had claimed that she had wanted to reconnect with her children and so she had also gotten excited to find out that Amenadiel was nearby. So Lucifer’s mother was surprisingly cheerful about being on earth and she didn’t seem to bare any grudges despite what Luficer had thought.

Lucifer had thought that he would be killed or at least made to suffer because he had allowed his Maze to torture his mother for centuries however she was nice to him and she hadn’t minded that Maze was going to be investigating her while Lucifer went to work with Chloe. Yet, the latest case that they were going to be working had a surprising connection to his mother. “Mum” had first woken up in a hotel that had another dead body in it. So Lucifer had gotten really excited about his case with Chloe because he wanted to arrest his mother and put her in a whole new jail.

Though shockingly there was a chance that his mother had nothing to do with the dead body because there had been a second dead body. The second body showed that the two men that had been in the hotel room with his mother’s body had gotten up to something nefarious that his mother might have nothing to do with. So Lucifer was confused about whether his mother turned over a new leaf and he had tried calling for Amenadiel. Only his brother wasn’t answering him because his powers were off as well.

Amenadiel has been losing his power to slow down time and a sudden feather problem could also mean his wings were shedding. Yet, Lucifer was a bit at a loss without his brother. He and Chloe had investigated the double homicide like they would with any other case and the body that his mother inhabited had been in more trouble than anyone would suspect. Mummy had inhabited Charlotte Richards’s body. Charlotte had owned and managed a firm, was sleeping with a guy from work, and had enough cocaine at her house to go into distribution. So Charlotte had been very bad girl.

Charlotte was assumed to be a key figure in the drug trade so Chloe and Dan had run what little they could on both her and the second body they found. But Charlotte and apparently Marco Sanchez hadn’t been bad people. They had been working with the FBI to take down a notorious Perez cartel. So the theory was that this cartel wanted to kill everyone that was trying to make a case against them and that they would be going after Charlotte the second they realized that she was alive.

So Lucifer had made his excuses and had run back to the club in order to talk to his mother, but his mother wasn’t there. Maze had goaded his mother about the agreement he had made with god to turn his mother in so mummy had escaped. She had tricked Maze, head-butted Maze, and had then ran off with Charlotte’s credit card. However, Lucifer was worried about her with the cartel looking for the person they believe was Charlotte and so he decided to go to the head of the Perez Cartel to get them from stop looking.

Lucifer had broken protocol and he had gone after the man at one of his tanning salons yet he needn’t bother. The Perez cartel hadn’t put out the hit because Marco had been feeding the FBI wrong information for them. Ergo the FBI was nowhere close to bringing down the cartel. Though someone else who might have had a grievance had ample opportunity to fake a hit when really Charlotte and the two bodies had been killed for something else. So Chloe and Lucifer looked into that angle and they found out that Charlotte had had a protégé at work.

Charlotte had taught Liam everything she knew and then she had promoted someone else at the last second because she had been sleeping with the newbie. So Chloe and Lucifer had confronted Liam though he had denied the charges and had pulled the lawyer card. Yet, finding out that Charlotte was still alive had sent Liam looking for Charlotte and he eventually found her when she used the company’s credit card. The goddess unfortunately hadn’t known that she could be tracked with the card so she had used it at the supermarket.

Lucifer’s mother had seen an ad on TV that showed the mother making her sons macaroni and cheese. So she had gone out to pick up the ingredients to see if she could win Lucifer over and Liam had found her in the parking lot. Liam had thought she was Charlotte and the new Charlotte hadn’t known who Liam was until he had tried to kill her again. But luckily Lucifer stepped in and had stopped Liam from killing his mother and had allowed Chloe to arrest Liam for murder.

However, Lucifer warned his mother that she had to act as if she was Charlotte and that she also had to pretend like she didn’t know him. Lucifer hadn’t wanted to explain his mother to Chloe so he hid the fact that he had finally found her and that there were still problems that they needed to work out. So Chloe thought Lucifer’s issues and why he had bought her daughter a new toy when she said no was because he was still dealing with his mother’s abandonment. And in the meantime Lucifer’s mom tried to make him macaroni and cheese.

Her first attempt though hadn’t been that good and Lucifer had later told her that nothing could make up for the fact that she let God send him to hell. Yet, his mother said that he got all wrong. She said that God wanted to kill him and that she begged her husband to send him to hell to protect him. So Lucifer decided that his mother could stay around for a while because of what she supposedly did for him and, then when he wasn’t looking, his mother had looked up into the sky with a smug smile that said there was more to the story that she wasn’t mentioning.