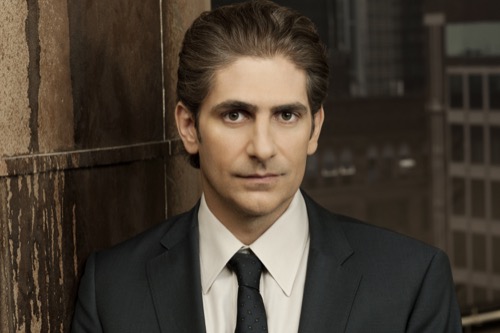 FOX released the trailer for the second season of Lucifer during the show’s panel discussion at Comic Con 2016 in San Diego. The showrunner’s further discussed season 2 at the network’s Television Association Critics presentation. What can fans expect from season 2? The hunt is on to find Charlotte before she can cause any trouble on Earth.

Lucifer season 2 spoilers reveal that the Los Angeles Police Department will gain a new forensic scientist named Ella Lopez [Aimee Garcia]. Ella is described as smart, tough, religious “whose mutual belief in both faith and science proves a point of interest to Lucifer.” It is expected that Ella will cause some interruption in Lucifer’s work with the LAPD.

The network confirmed that Lucifer and Amenadiel have another brother. A tweet let fans know that Michael Imperioli has been cast to play Uriel. There currently aren’t any details regarding how Uriel will interact with his brothers’.

We have a new brother coming. Michael Imperioli will be playing Uriel in season 2! #Lucifer #TCA16

Several episodes will revolve around Lucifer and Amenadiel’s search for Charlotte. Morningstar isn’t exactly thrilled that mom has escaped and is on the loose in Los Angeles. Lucifer spoilers indicate that Morningstar and Charlotte have less in common than you think and doesn’t necessarily get along with mom.

Dr. Linda Martin [Rachael Harris] will continue to be an important part of Lucifer’s life. The therapist will provide advice to her patient on how to deal with his personal life and the connection he has established with Amenadiel.

Will Lucifer and Amenadiel be able to find Charlotte and return her to Hell before she has turned the world upside down? The second season of Lucifer wouldn’t be any fun if Charlotte is captured and sent home immediately.

Share your thoughts in the Comments section below, on our Facebook Page,  join our Facebook Group or Head over to our Discussion Board to Talk Lucifer!