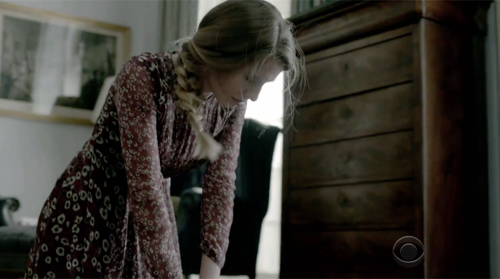 Tonight on CBS Madam Secretary airs with an all new Sunday, December 18, 2016, season 3 episode 10 called, “The Race and we have your Madam Secretary recap below. On tonight’s Madam Secretary episode, as per the CBS synopsis, “The threat of war between Israel and Iran puts Congress’ imminent vote on the U.S. presidential election at risk. Elizabeth, (Tea Leoni) however, isn’t about to let that happen as she persuades the two reluctant countries to take part in peace negotiations. Meanwhile, it’s unclear whether Russell (Željko Ivanek) will survive a heart attack.”

Tonight’s episode of Madam Secretary kicks off where we left off last week, Stevie is picking up her recommendation letter from Russell Jackson and he collapsed on the floor, the secretary calls for help while Stevie does CPR.

Elizabeth and President Dalton arrive at Russell’s office at the same time as the EMT’s. They manage to get a weak pulse on Russell and rush him away to an ambulance. It doesn’t look good. Russell is barely on the ambulance when Elizabeth and Dalton are ushered in to the oval office for another dire emergency – Iran launched missiles at Israeli’s nuclear site.

Before they can deal with the brewing Iran/Israel war, the campaign manager arrives at Dalton’s office. She reveals that they have pushed up the house of electoral votes to next week. Apparently, they want to “clear up the presidential uncertainty.” She wants to challenge the ruling, if the house votes next week, Sam Evans will beat Dalton for sure.

Dalton shocks Elizabeth and tells the campaign manager not to fight the ruling, he doesn’t want to upset the people and the government anymore by causing more legal drama, even if that means losing the Presidency.

Elizabeth heads to her office, Ambassador Dori is waiting for her to discuss the Israeli and Iranian conflict. She tries to convince Dori to not let Israel fight back against Iran. She warns him that if they keep going back and forth, they could wind up in an all out nuclear war. Dori tells Elizabeth that she is too late, they have already launched a missile back at Iran – and there are over 200 people dead.

Later that night, Elizabeth gets a phone call at 3:00 in the morning, Iran soldiers just kidnapped Israeli Minister Weissberg. Elizabeth rushes to the White House, she and Dalton call the Iran leader to try and reason with him – but he has no intention of releasing Weissberg and says that if the Israelis make any more moves, he will kill their leader. Dalton and Elizabeth send troops in to Iran to try and find out where they are keeping the Israeli leader.

As if Liz doesn’t already have enough going on. Henry’s brother comes in to town for the holidays and he has brought along his daughter Sarah. Apparently, Sarah just dropped out of college and joined the army. Henry’s brother wants him to sit down with Sarah and try to talk her out of it before she signs the final papers.

The next day, the campaign manager pays Dalton another visit. She’s not ready to give up on the election and knows Russell wouldn’t want them to stop fighting. She reveals that they have an ace up their sleeve. It turns out that genetic tests were done that prove that Evans will suffer from early onset of Alzheimers Disease in the next few years, and she wants Dalton to give her permission to release the news to the public, which would surely hurt his chances of winning electoral votes.

The Israelis have sent out fighter jets – they will be attacking Iran in 17 minutes. Elizabeth and Dalton are scrambling to buy more time to put out the flames between Iran and Israel. They decide to attack the fighter jets with a cyber attack – it will make it impossible to locate their targets, and buy them some more time to stop the brewing war. Technically it is an act of war against Israel, but it is one that Dalton can live with.

Henry goes for a jog with Sarah, she reveals that Henry’s brother lost his job – he has been drinking a lot since their dad died, and he got fired and for drinking on the job. Henry is shocked, he had no idea that his brother was having problems. Stevie heads to the hospital, Russell is still sleeping. She reads to him from a book about Patton while his wife goes out to coffee. Russell wakes up disoriented, he doesn’t want to make small talk, he demands that Stevie

Stevie heads to the hospital, Russell is still sleeping. She reads to him from a book about Patton while his wife goes out to coffee. Russell wakes up disoriented, he doesn’t want to make small talk, he demands that Stevie fill him in on what is happening between Iran and Israel. Russell freaks out when he learns that the vote for the President was moved up to next week, he is in obvious pain, but he shouts at Stevie to go get him the President. Meanwhile, back at the White House, Dalton’s men launch the cyber attack against Israel. It works, and the jets turn back and leave Iran’s air space.

Meanwhile, back at the White House, Dalton’s men launch the cyber attack against Israel. It works, and the jets turn back and leave Iran’s air space.

The Israelies are not going to be happy with the US, and Liz and Dalton are going to have some explaining to do. In the meantime, they set out on a mission to find Weissberg. They locate him being held hostage in Iran, but Dalton knows that if they attack the location, he will most likely lose some American soldiers in the process.

Elizabeth heads home after a long day of stopping the war between Iran and Israel. Everyone is sleeping except for Henry – he fills her in on his brother Shane’s drinking problem and getting fired. He wants to talk to Shane about it, but doesn’t know how to approach the task. Elizabeth gives him a pep talk and they head to bed. But, she’s woken up in the middle of the night by another phone call from President Dalton. They just got new Intel, the war is far from over, Israel is going to attack Iran in less than 48 hours.

Elizabeth is drowning, she can’t figure out how to keep the peace between Israel and Iran. The next day she heads to West Virginia to visit Juliette in prison. Juliette worked with Israel for 40 years, if anyone knows how to stop the brewing war – it’s her.

Juliette and Elizabeth’s meeting is awkward, to say the least. They make small talk and Elizabeth fills her in on what is going on with her kids. Then, Elizabeth cuts to the chase, and asks Juliette about Iran. Juliette explains that sanctions were the only thing that kept Iran in check, they have become a power house, and it has always been their mission to wipe Israel off the map. Juliette says that a peace deal between Israel and West is impossible, and that was why she risked her freedom to help stage a coup in Iran.

After her trip to the prison, Elizabeth and Dalton visit Russell in the hospital. Russell asks if Dalton has leaked Sam’s Alzheimer’s test yet. Russell has had a change of heart, he says he sees things differently and he doesn’t want Dalton to leak the test and pull and dirty political tricks, it’s not who he is. He doesn’t want Dalton to waiver from his integrity.

Elizabeth is inspired by Russell’s new outlook on life – she and President Dalton do the impossible and sit down with Iran and Israel leaders and work out a very difficult cease-fire agreement.

Henry and his brother Shane watch the press conference from home, Henry turns off the TV and confronts his brother about losing his job and drinking. Henry thinks that Shane is depressed, and he wants him to see a therapist.

At the hospital, Russell demands that his wife turns on the TV so that he can watch the electoral house vote for President. Dalton has a chance to win now that he signed a historical cease fire between Iran and Iraq.

Russell gets a phone call in his hospital room from Dalton, the House is done voting, and President Dalton has won. Russell gets choked up on the phone, congratulating Dalton – this certainly wouldn’t have been possible without Russell’s hard work.The next day, Elizabeth, Henry, and their entire family heads to the park to run in a charity race, it’s a family tradition. Right before the race start, Elizabeth has an awkward run-in with Sam Evans, he seems to think that Liz and Dalton broke a few laws campaigning, and he nonchalantly threatens her. It looks like Sam won’t be letting the Presidency go so easily.