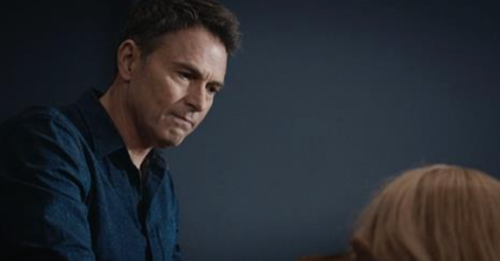 Tonight on CBS Madam Secretary airs with an all new Sunday January 31, season 2 episode 13 called, “Invasive Species” and we have your weekly recap below. On tonight’s episode, the death of Henry’s (Tim Daly) father leads the family to uncover some rather shocking secrets that open old wounds for them, leading to a confrontation between Henry and his grieving sister Maureen, (Kate Burton) who feels her brother should have been home more.

On the last episode, Elizabeth, to her surprise, was met resistance when she traveled to Myanmar to sign a Pacific Rim trade agreement, which modernized the country’s power grid and benefit several of its trading partners. Meanwhile, Nadine attempted to mend her relationship with her estranged son. Did you watch the last episode? If you missed it, we have a full and detailed recap right here for you.

On tonight’s episode as per the CBS synopsis, “the death of Henry’s father leads the family to uncover some rather shocking secrets that open old wounds for them, leading to a confrontation between Henry and his grieving sister Maureen, who feels her brother should have been home more. Elsewhere, Russell keeps important information from Elizabeth’s team at the State Department.”

Tonight’s episode of Madam Secretary kicks off at the breakfast table – Stevie and Allison are discussing where she will be applying to college. Henry and Elizabeth want Alison to go to UVA – like they did. Jason arrives at the breakfast table and announces that he won’t be going to college – he thinks that it is a racket, and is designed for rich kids to excel. Elizabeth and Jason basically make a mockery of Jason’s argument and her angrily storms out of the house.

Elizabeth arrives at the office and her team is waiting for her. The East Africa Corruption report is finally complete – they just need the White House to sign off on it. Nadine, Matt, and Daisy have been working to compile all of the data for weeks. Their meeting is interrupted by an emergency phone call from Henry – his father passed away in his sleep during the night. Elizabeth rushes home to be with Henry. He’s packing and getting ready to head home and be with his family.

Elizabeth and Henry pack the kids up and travel in their motorcade to Pittsburgh for the funeral – Henry’s sister Maureen rushes out to greet them. Inside the house there are more family members and cousins awkwardly sitting around the livingroom. They learn that Henry’s brother Shane and his wife just divorced. And, Henry’s father Patrick had a new girlfriend named Deborah, Elizabeth is surprised to see her photo on the mantle already. Elizabeth volunteers to go to the funeral home with Maureen and begins racing around the house and making preparations.

Henry heads down to the local police station to sign the death certificate, he learns that his father didn’t die of a heart attack – he died of a barbiturate overdose, there was an empty bottle of pain killers in the garbage. Henry is shocked when he realizes that his father’s death is being ruled a suicide.

Henry heads home and breaks the news to his family – his sister Maureen begins freaking out, she is afraid that the tabloids are going to have a field day with it because Elizabeth is the Secretary Of State. She doesn’t want the world to know that their father killed himself. Elizabeth tries to reassure her that the media will respect the family’s privacy – Maureen rushes out of the house in a huff.

Back at the office, Nadine, Daisy, and Matt are all arguing over what kind of gift basket they should send to Henry’s family. Russell arrives and crashes their debate. He announces that he is their boss while Elizabeth is away and he needs another report done – this time on invasive aquatic species, they are coming over from Asia and over-running the North Eastern ocean system. Matt mocks him and says squids aren’t going to ruin their way of living in America. Russell begins spewing facts and tossing files at them – he wants the report ASAP.

Back at Henry’s house they are going through Henry’s father’s insurance policies and will – apparently he specifically requested that he did not have a wake. And, all of the items in his will are to be divided equally among the kids. Maureen thinks that Henry should speak at the service, but he declines. Maureen starts grumbling about going to the mortuary and complaining about the McCord’s SUV motorcade. She snaps at Elizabeth that they aren’t going to prom – they are going to pick out a coffin.

Maureen, Elizabeth, and Stevie head to the mortuary to pick out the coffin and funeral arrangements – but they find out that Patrick had stopped paying his life insurance and they are going to have to pay for it out of package. Elizabeth hands over her credit card. Meanwhile, back at the house Alison and Jason are in full-blown detective mode. They are trying to find out why their Grandpa committed suicide. They discover that his girlfriend “Debra” was a con artist – a woman he met on a dating website, that sent him a photo of an actress, and she had convinced Patrick to loan her hundreds of thousands of dollars. He went bankrupt and borrowed money from the bank against his house to send to his online girlfriend. When Elizabeth gets home from coffin shopping – Henry fills her in on what the kids found.

When Henry’s sister Maureen learns about the con artist – she wants Elizabeth to pull some strings at the White House and get the con artist arrested. Henry snaps that it is against protocol and Elizabeth isn’t getting involved. She heads in to the kitchen when no one is looking and calls her office and tells them to track the email address. Meanwhile in the livingroom, some of Patrick’s old friends show up to pay their respects. Henry tells them that their father committed suicide. Henry and his siblings wind up in a screaming match – all the kids come running, and it turns in to a full blown argument. Maureen shouts that Elizabeth thinks she is “Queen Elizabeth” because she can breeze in to town and put the funeral on her credit card.

Back at the office, Nadine visits Russell in his office – she wants to know why the CIA changed the East Africa report. Apparently, someone deleted parts about Senator Mark Stone, he was part of a fact-finding mission in Africa, and visited the Wudang Construction site. Ironically Wudang also owns a company in Arizona – where Mark Stone is from. Nadine accuses Russell of distracting them with the aquatics report so that he could change the report without them noticing. Russell orders her to leave it alone, Nadine snaps back that she doesn’t take orders from her.

In Pittsburgh – Elizabeth finds out who the scammer was, it was actually Patrick’s own friends Stan. They take the information they found to the Pittsburgh police and Stan is arrested. He feels horrible, he never thought Henry’s dad would commit suicide over it – Stan says he needed the money for his sister’s medical bills. In the police station Maureen and Henry get in another argument, she blames him for their father’s depression and tells Henry that he rejected their father and made him feel like a failure.

The next day Henry and his family get ready for the funeral. Jason and Henry have a heart to heart – Jason apologizes for yelling at him about college, he doesn’t want them to be on bad terms like Henry and his dad were. Henry accepts his apology and they hug it out and head to the church for the funeral. Henry gets up and takes the podium like Maureen had asked him to and delivers a powerful speech about his father Patrick McCord.

After the funeral, Henry makes amends with all of his siblings before she and Elizabeth start packing to head home. Elizabeth and Stevie share a moment, Stevie wants to know why Elizabeth takes so much crap from her Aunt Maureen. Elizabeth confesses that what she liked the most about coming to Henry’s house was all of his family and drama. Her life was too quiet before she met them, so she doesn’t mind fighting with Maureen.

Elizabeth, Henry, and the kids say their goodbyes and pile in to the motorcade and head back home.