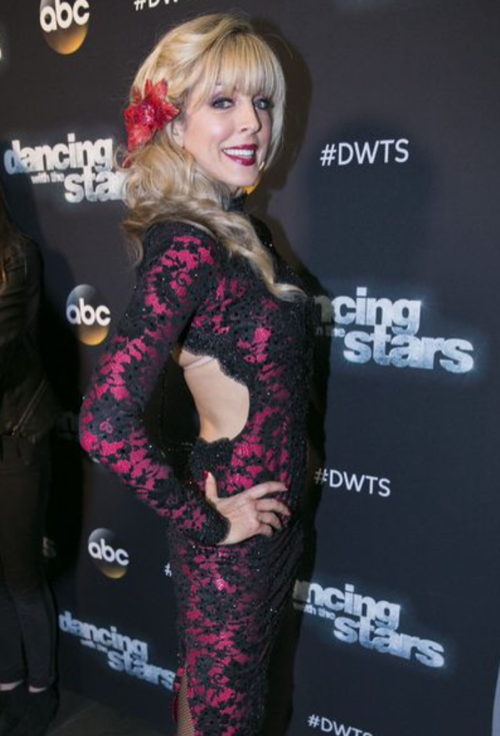 Tonight on ABC the 10 celebrities returned to the “Dancing With The Stars” Ballroom for “Disney Night.” Marla Maples & her professional dancer Tony Dovolani hit the dance floor and danced a Waltz routing to  “Part of Your World” from Disney’s “The Little Mermaid”.  Did you watch tonight’s episode? If you missed it we have a full and detailed recap, right here for you. Did you miss any of tonight’s performance videos? If you did we have them all, right here for you!

Judges comments on Marla’s DWTS Week 4 Waltz: Zendaya: “I thought that was beautiful, fluid and I loved how you let go and enjoyed the process.” Bruno: “My darling, there is nothing fishy about that. I thought it was beautiful, you have natural elegance. You have to keep that body contact.” Carrie Ann: “You have the most natural grace, every move you do is so pretty. Be careful of your hands, their are strong.” Len: “It had charm, it had elegance and it had romance. Another solid performance.”

Watch the video below and let us know what you think, do you agree with the judge’s comments? Do you think Marla did enough to avoid elimination tomorrow? Sound out in the comments and let us know your thoughts?