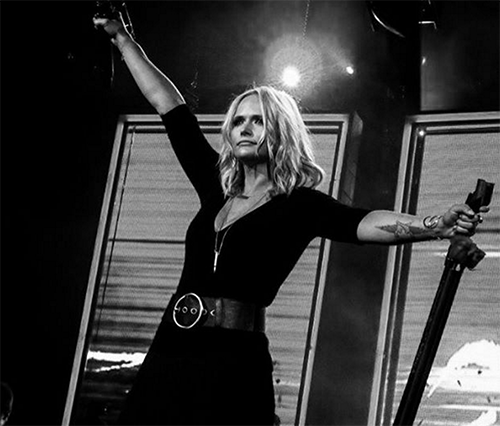 Blake Shelton and Miranda Lambert’s divorce is still making headlines for the ex-couple, even though they’ve been separated for well over a year now. In fact, there’s even new speculation that Miranda Lambert is hoping for a Blake Shelton reunion, while infuriating Gwen Stefani with her recent on stage breakdown.

Miranda Lambert clearly hasn’t gotten over her ex-husband, as she broke down in tears while performing an emotional song she wrote with Blake Shelton. If that weren’t enough, she even told her audience, “I told you I was a mess,” while trying to compose herself on stage.

Sure, Blake Shelton and Gwen Stefani have used their relationship to promote their music and careers, but Miranda Lambert is complicating things by refusing to let go. While Blake Shelton is crediting Gwen Stefani for ‘saving’ his life after his messy and complicated divorce from Miranda Lambert, she’s trying to remind him of what they used to have before their marriage ultimately collapsed. That, or she’s using the Blake Shelton, Gwen Stefani, Miranda Lambert love triangle to help promote her new album. Obviously, it wouldn’t be country music if everyone’s personal lives weren’t involved, right?

So far Gwen Stefani has not responded to Miranda Lambert’s performance, but there’s no doubt that she will have something to say to Blake Shelton, even if it’s behind closed doors. No one wants an ex-girlfriend lingering around and telling the world how much her ex means to them, even though they are no longer together. Gwen Stefani has cut the cord with her ex-husband Gavin Rossdale, and surely she would like to see Blake Shelton do the same with Miranda Lambert.

Tell us CDL readers, what do you think? Is Miranda Lambert hoping for a Blake Shelton reunion? Does Blake Shelton and Miranda Lambert’s marriage have a chance for a revival? How does Gwen Stefani feel in all of this? Let us know below and don’t forget to check back for any updates right here.