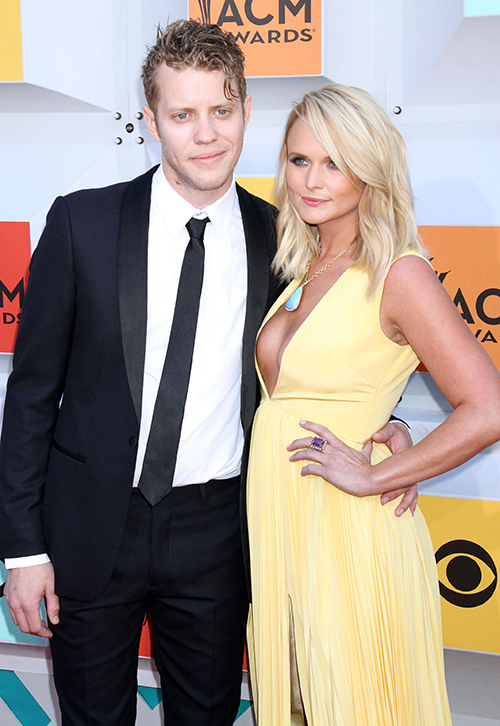 Is Miranda Lambert pregnant with her first child? Is she finally becoming a mother, thanks to Anderson East? That’s what fans can’t help but wonder, as the country singer herself was forced to respond to her pregnancy rumors.

Miranda Lambert and Anderson East’s relationship has been nowhere near as public as Blake Shelton and Gwen Stefani’s ‘showmance’ has been these last several months. Yet, it looks like Miranda Lambert has been taking notes while studying her ex-husband’s well-orchestrated PR stunts because it seems like she’s willing to bring Anderson East on her upcoming tour, especially if that means she’ll get a boost in fan interest and ticket sales.

After all, it’s so far worked for Blake Shelton and Gwen Stefani. The couple has been making nonstop headlines for both PDA-heavy romance, but for their duet, ‘Go Ahead And Break My Heart,’ and now their nationwide tours. It’s worked to their advantages, as Blake Shelton has even managed to surprise Gwen Stefani by performing with her at one of her recent concerts, leaving her fans wild with excitement.

So why wouldn’t Miranda Lambert use Anderson East to help promote her new album and upcoming tour? If Blake Shelton and Gwen Stefani can use their relationship to help boost their careers, certainly Miranda Lambert can do the same. And that’s why she’s also been very coy about her pregnancy rumors, too. Even though the paparazzi are constantly asking her whether or not she’s expecting, instead of denying the rumors, Miranda Lambert is responding with a ‘no comment’ instead.

Denying a pregnancy rumor would be too easy for Miranda Lambert, as she knows that the speculation would definitely benefit her, especially if she and Anderson East go the ‘showmance’ route. Gwen Stefani almost did the same thing when she duped fans into thinking that she was pregnant with Blake Shelton’s baby with an ultrasound photo she posted on her Instagram account earlier this year. While the post ended up being an April Fool’s joke, the Internet went wild with rumors of Gwen Stefani’s pregnancy.

Tell us, CDL readers, do you think Miranda Lambert is willing to use Anderson East to help boost interest in her new album and upcoming tour? Do you believe the Miranda Lambert pregnancy rumors? Let us know and don’t forget to check back with CDL on all the latest updates on Blake Shelton, Gwen Stefani, Miranda Lambert and more right here.