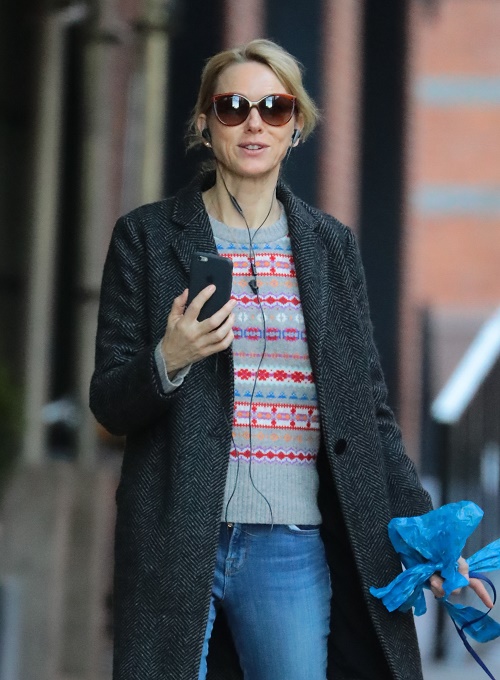 Naomi Watts has moved on from her ex Liev Schreiber and she’s not looking back. The Hollywood actress was spotted taking her dog for a walk while she was out and about in the Big Apple. Eyewitnesses say she was talking to a friend over the phone and even stopped to let her dog meet another one on the street.

Many sources say that Naomi has never felt better in her life. In fact, she’s been telling friends and family members that breaking up with her long-term partner Liev Schreiber has been one of the best but hardest decisions she’s ever made.

In fact, sources say that the Hollywood actress spent Christmas in New York City with Liev and the ex-couple’s two sons. Even though they are no longer together, Naomi and Liev have agreed to put on a united front as co-parents.

Liev and Naomi’s relationship was plagued with cheating rumors. Back in February, sources close to the ex-couple said that Naomi was ‘constantly walking on eggshells’ at home. If that weren’t enough, Naomi was telling her close friends and family that Liev was not an easy man to live with. In fact, they were constantly fighting and that’s why Naomi decided to pull the plug on their relationship. 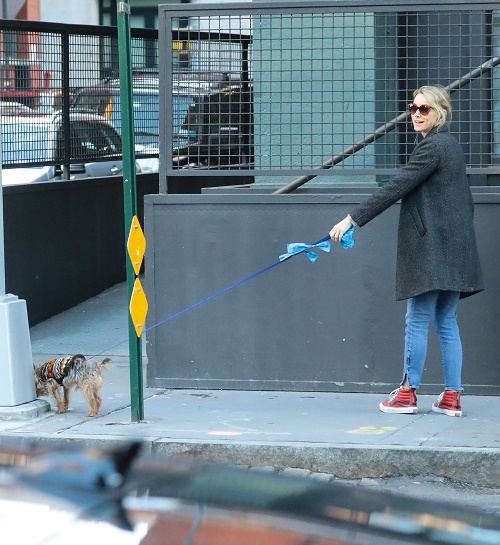 What’s more, sources say that Naomi had a hard time adjusting to live in Los Angeles. Both she and Liev uprooted their family from New York City to the West Coast with their two sons, Samuel and Sasha. After their break up though Naomi has been spending more time in New York City.

Naomi felt like she was also having a hard time keeping an eye on Liev. She was constantly worried that he was possibly cheating on her with another woman. In fact, several reports indicated back in 2011 that the Hollywood actor allegedly cheated on Naomi with an Australian model. He denied the claims, but Naomi had a hard time trusting him.

Despite their issues though,  Naomi and Liev are keeping things civil for the sake of their two kids.

Take a look at our photos of Naomi Watts and let us know what you think. Do you think Naomi has moved on from Liev? Is she ready to date again? Drop us a line with your thoughts in our comments section below.

Also, check back with CDL for all the latest news on Naomi Watts and Liev Schreiber. 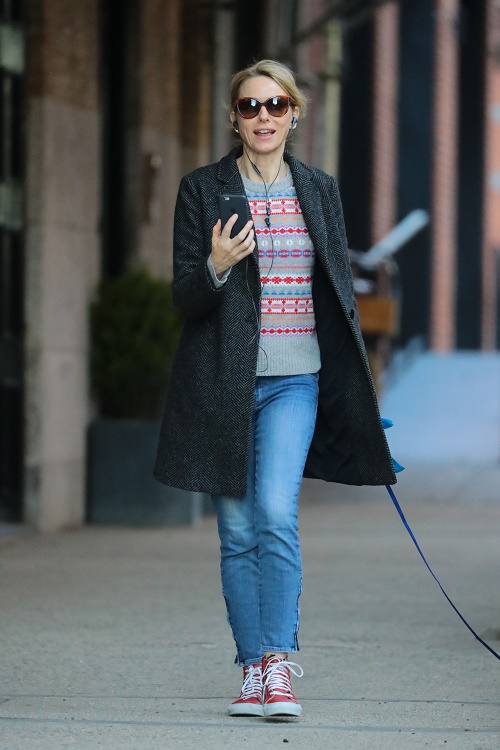